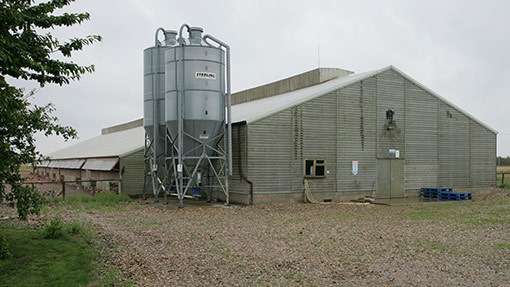 A Worcestershire MP has written to Defra and the minister in charge of planning, calling for poultry farms to be reclassified as industrial units, rather than agricultural developments, to make it more difficult for them to gain approval.

Sir Peter Luff, MP for mid-Worcestershire, said in a blog post on his official website that local campaigners had highlighted a proposed development in Upton Snodsbury, within in his constituency, that had prompted him to act.

Sir Luff has written to Defra minister Liz Truss and minister of state for planning Brandon Lewis setting out objections to the construction of a poultry farm on this site, and its policy for poultry farms in general.

In his letter, he refers to poultry farms as “industrial activity” and says that, “if other, much more benign industrial applications were made for these sites, they would be dismissed out of hand as not complying with any national or planning policies”.

Sir Luff says a food-manufacturing factory would be turned down where poultry farms would be approved.

The letter also criticises “twin tracking”, whereby planning permission and environmental permits are considered separately. Sir Luff accuses the applicants of proposed developments at Upton Snodsbury of “playing the system” by gaining approval for one before the other. “[It] means neither the district council nor the Environment Agency can consider the cumulative impact of both proposals,” he writes.

Sir Luff’s third point of objection is that, while odour is controlled by environmental permits on site, “there is no control whatsoever over the disposal of the chicken manure generated”.

“My constituents live in fear of the huge quantities of the manure being spread over neighbouring farms with the severest consequences in terms of odour generated,” he adds.

The NFU and British Poultry Council mounted a robust defence of the need for more poultry units in the UK. In a joint statement they said that, while it would be inappropriate to comment on individual cases, UK self-sufficiency in food needed to be safeguarded.

“As global demand for food increases, the security of UK food consumers can only be achieved by a vibrant UK farming sector.”

It added poultry was rightly categorised as agriculture, and “huge improvements” had been made in recent decades that reduced the environmental impact of its production.