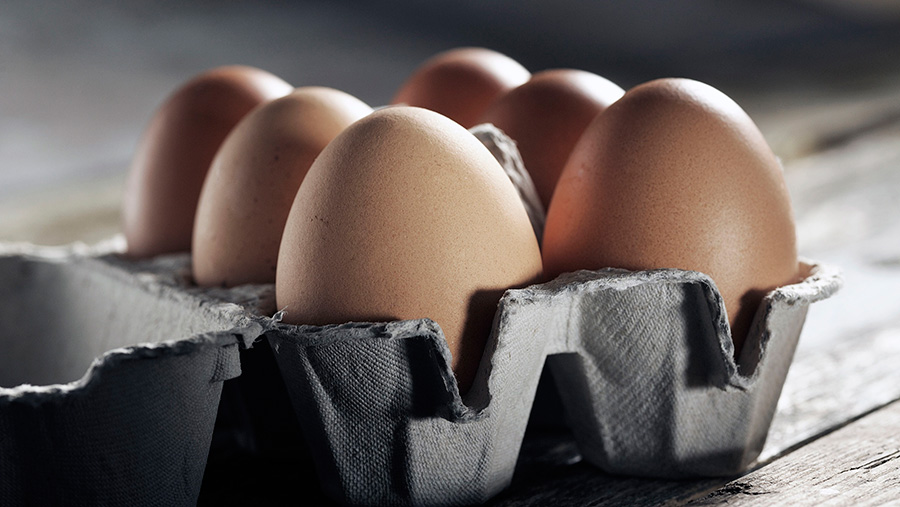 Smallholder Edward Dickinson is claiming to have created the first new breed of hen for 90 years.

Mr Dickinson, who has been keeping poultry for the past two decades, claims his Oakworth Hen has taken eight years and 16 generations to produce.

He began by taking Leghorns, which are very productive but lay white eggs, combining them over several generations with breeds that had other attributes.

“Its unique blend of old traditional dark breed egg layer and lightweight white-egg laying Leghorns makes it a handy, fast-maturing and very economical on feed, especially if allowed to forage.

“The birds do very well on deep litter in a barn egg system due to their good nature,” he said.

Writing on social media platforms, Mr Dickinson, who is vice-chairman of the Craven Poultry Keepers Club, said although the Oakworth’s main purpose was to lay eggs, spare males fattened well and could be culled at 20 weeks.

Mr Dickinson has about 40 breeding females, selling some for hatching to breeders in Hertfordshire, and he would like to get them standardised.

Among a range of plans, he is also working on a super lightweight bird as a potential substitute for the renowned Rhode Island Red, which is likely to take about four years to complete.

Ian Allonby, chairman of The Poultry Club of Great Britain breed standards committee, said the most recent breed of hen to be standardised was the Suffolk Chequer.

Mr Allonby, who is editing the renowned standards book, said if Mr Dickinson was going down the pure-bred rather than commercial route, he would have to meet a range of standards to get the breed accepted.

The standards would include uniformity over three generations of birds – grandparent, parent and youngstock, leg and beak size, feather markings and a number of breeders producing stock to a certain quality.