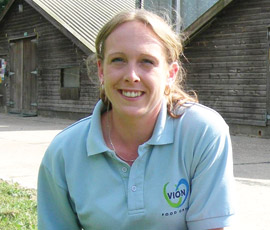 With a new look and a new name, the Zoetis/BPC Trainee of the Year Award is now open for entries.

The name change stems from the renaming of Pfizer Animal Health as Zoetis earlier this year, and the inclusion of the British Poultry Council in launching the competition, which is run in association with Poultry World.

“The award provides a fantastic platform for the industry’s future generation to win a £2,000 training grant that can have a very positive impact on their own development and potentially the poultry sector as a whole,” said Tony Grainger, poultry product manager of Zoetis.

“Past winners have made the most of their grant, investing in furthering their education. Knowledge is the key to a successful career.”

John Reed, BPC chairman, said it was essential for young employees to know that their hard work and dedication was recognised by the industry. “The quality of the entrants gets better every year, and shows the diversity in our businesses. This award recognises the best that the poultry industry has to offer, and I hope it encourages more young people to choose poultry as a career.”

Last year’s award winner Rachel Almey, of Laxfield, Suffolk, was quick to take up the grant, using a major part for a nine-day poultry health course at the Pirbright Institute at Compton, Berkshire, in February and March.

She won the award managing one of VION Food Group’s farms (before its transition to 2 Agriculture), where her first flock of broilers reared to higher welfare standards broke the company’s record for performance.

“This has been a huge benefit to James, his team and the company as a whole,” said brand manager Rebecca Alderton. “While James is still managing our Northfield Farm at Debach, he is hoping to go on a further supervisory training course with the long-term goal of managing a large number of farms in more of an overseeing role.”

Entries are simple to make and open to all in the industry, with no age limit. The entry form, which can be found following this link must be received by Friday 30 August, 2013.

The prize is a £2,000 training grant, with the three finalists attending the prestigious BPC poultry awards presentations at the House of Commons on 2 December 2013, with hotel accommodation in London.

The judging panel – Philip Clarke, editor of Poultry World; Richard Griffiths of BPC; Tony Grainger of Zoetis and John Newton of ADAS – will interview the finalists on 10 October 2013 to decide the winner, who will be announced at the presentations.