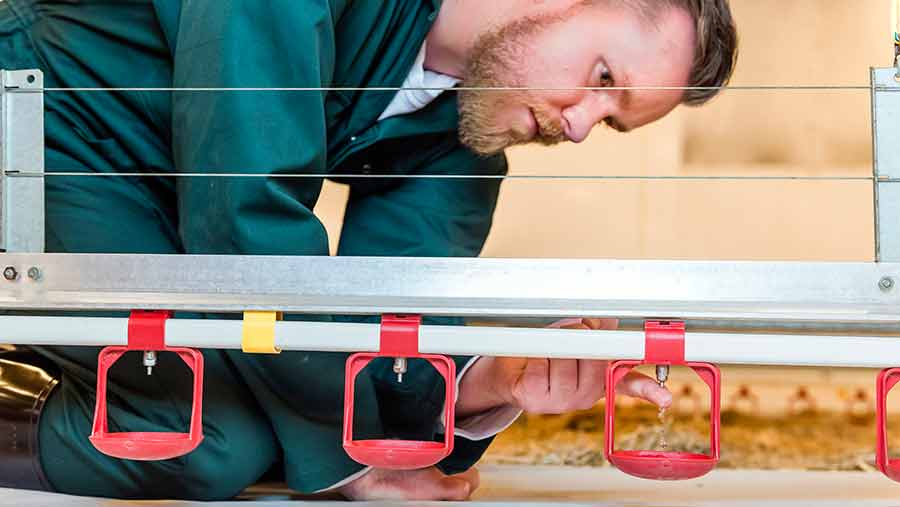 A new salmonella vaccine that claims earlier onset of immunity and longer, stronger suppression of the bug launched to the UK market at this year’s Pig & Poultry Fair.

Salmovac 440 is a live vaccine manufactured by IDT Biologika, and will be marketed by Hysolv Animal Health in the UK and Ireland.

He told the fair that the first dose can be administered from day one, followed by a second dose at six weeks and a third as early as 11 weeks.

Salmovac 440 protects chicks after six days and remains effective for up to 63 weeks after the third vaccination, providing an extra four weeks of protection, when compared with competitor products, Dr Windhorst said.

The earlier final vaccination, at 11 weeks, means that pullets can be moved to the laying house as early as 16-weeks-old if required – a significant management advantage on some farms.

During the development of the vaccines it was found that the third live vaccination tended to “shut down” any prolonged shedding of the vaccine strain.

This, coupled with the earlier vaccination at 11 weeks, helps reduce the chances the strain will transfer to the layer house.

To comply with the British Lion Code of Practice pullet rearers are required to test their birds for salmonella infection before they are moved to the layer house.

Salmovac 440 has been approved for use by the British Egg Industry Council, which administers the Lion Code.

“Although the UK has one of the lowest percentages of salmonella in its flocks, almost one-third of cases were of S typhimurium. In most continental countries the percentage is much higher, so the extra cover provided by this vaccine is important,” said Dr Windhorst.