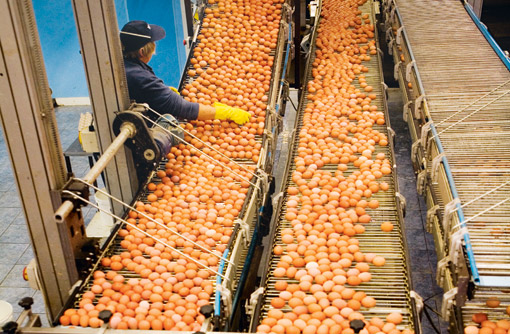 The next generation of poultry farmers is set to take part in a ground-breaking new initiative to set them up with all the tools they need to ensure the sector has a bright and sustainable future.

Sponsored by ABN and run by the NFU in England and Wales, the Poultry Industry Programme will give 20 young producers, aged between 20 and 40 years old, an opportunity to develop key skills, such as communicating, lobbying and negotiating.

They will also learn more about the big issues affecting the poultry industry, including renewable energy, raw materials, planning, retail and expansion.

One of the most relevant topics will be how young entrants can manage the volatility of commodity markets. Already this year poultry producers have seen soya meal prices double, while feed wheat has risen by £40/t in the last two months.

Organisers hope the discussions and training will afford young producers a better understanding of inputs and costings. On top of this, there will also be a day session on how to negotiate better deals with feed merchants and hatcheries.

Poultry Industry Programme chairman Kinsey Hern, one of the youngest members on the poultry board, said: “I hope the visits will prove a real business inspiration to those people on the programme. Both Oaklands and Nigel are true advocates of the poultry industry, running modern, dynamic and market-focused businesses.”

In later sessions they will also be educated about policy-making and lobbying, in the hope they will become the key decision-makers of the future. Long-term it is hoped the programme will create a “communication network” between young producers and the NFU, and will help the NFU put in place a succession plan for the next poultry board.

The programme starts at the NFU’s offices in Stoneleigh on 17 October.

WHO’S ON THE PROGRAMME?

WHO IS KINSEY HEARN?

Kinsey Hern has been the youngest member of the NFU poultry board since being elected three years ago, aged 28.

He farms in partnership with his parents on a mixed farm near Kington, Herefordshire, growing cereals and apples, and rearing chickens for meat.

He was elected to the board following extensive work with land agent Savills and the NFU on investment and returns in the poultry industry over the last 40 years. Most recently he has been chosen to chair the Poultry Industry Programme, which he is extremely passionate about.

“I joined the poultry board three years ago and haven’t looked back. Not only have I picked up a thorough understanding of the NFU, I have also picked up key contacts, skills and experiences I would never have had.”

Mr Hern said the Poultry Industry Programme would show young people just how much influence they can have in taking their industry forward.

“I want those involved to complete the programme and take away skills that will add real value to their business, and importantly an understanding of what the NFU does for them.

“We also hope it will inspire them to want to become future leaders and a voice for the sector on a national and international podium. You never know, we may even produce a future president of the NFU.”