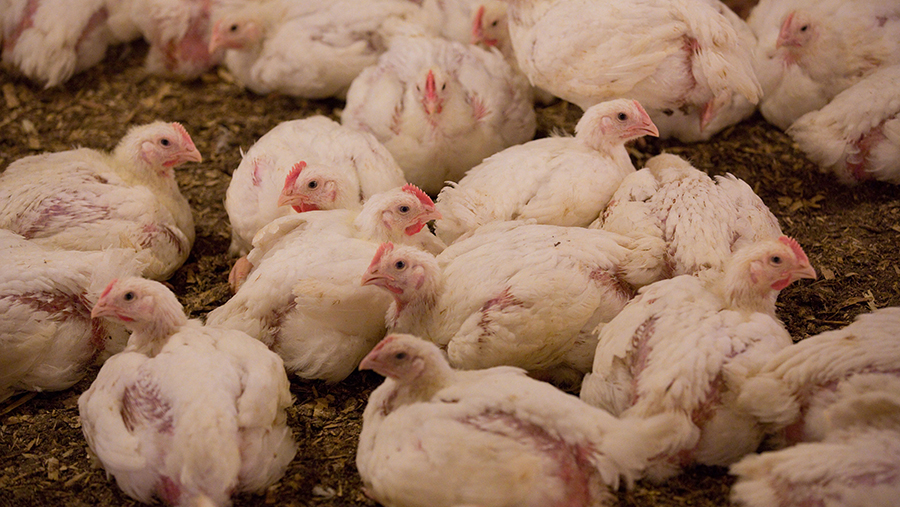 A case of non-notifiable avian influenza has been confirmed on a broiler breeder farm in Northern Ireland.

Although this is a less serious strain of influenza, government vets have urged poultry farmers and bird keepers to remain vigilant.

Authorities were alerted last week after a private vet became concerned about increased mortality among birds at the poultry unit in County Fermanagh.

But the NI Department of Agriculture, Environment and Rural Affairs (Daera) said results showed that the H6N1 strain was found in the birds – and not a high pathogenic strain, as had been feared. Restrictions have now been lifted.

“It is a timely reminder to us all that avian influenza is a constant threat to all poultry flocks and how devastating it would be to our poultry industry should a notifiable case be confirmed in Northern Ireland,” said Daera chief vet Robert Huey.

The Ulster Farmers’ Union (UFU) said it was a “huge relief” to poultry farmers that the virus identified was a non-notifiable strain.

UFU deputy president David Brown urged poultry keepers “to continue maintaining high standards of biosecurity and to practice good farm hygiene at all times to protect their flock from infection”.

confirmed cases in Europe over the last few months.

In December, 27,000 chickens were culled at a farm in Athlington, near Eye, Suffolk, after the low-pathogenic H5N3 strain of bird flu was detected.

Farmers and bird keepers in Northern Ireland can subscribe to a text alert system operated by Daera for transmitting disease information by texting “BIRDS” to 67300.

If a bird flu outbreak is suspected in Northern Ireland, keepers must report it immediately to the Daera helpline on 0300 200 7840.

If you suspect any type of bird flu in poultry you must report it immediately by calling the Defra Rural Services Helpline on 03000 200 301.