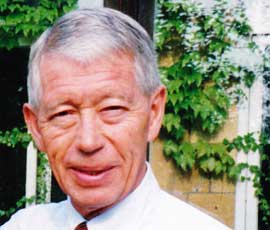 Brian Hunter, one of the founders of public relations consultancy BHR Communications, has died peacefully in hospital at Huddersfield, aged 76.

During more than 40 years in agricultural PR, he represented some leading industry firms and organisations, including Cleveland Potash, Newsham, Mayfield Chicks, Webbs Poultry and Hunters of Chester.

He began his career with poultry breeders Thornbers in his native West Yorkshire in the early 1960s, working with Laurie Tester, who became a pioneer of PR in the agricultural sector. When Mr Tester set up Agricultural Publicity in 1970, Mr Hunter joined the consortium and later formed BHR Communications with John Bolt and Roger Ranson in 1986.

He was known for his straightforward approach, concise style of writing and ability to grasp situations quickly, which won many clients and the respect of editors and journalists.

Born at Millbank, near Triangle, Mr Hunter was a keen sportsman throughout his life and had a trial with Huddersfield Town football club under the legendary Bill Shankly. He was associated with the Triangle cricket club from the age of ten, and held for more than 50 years the club record score of 113 not out in a Halifax Parish cup final.

In 1964 he rescued a child from the Rochdale canal near Mytholmroyd and received an award from the Royal Humane Society.

He is survived by his widow, Sandra, to whom he had been married for almost 40 years, a son, Gary, living in South Africa and two granddaughters, Nicola and Simone; Nicola is now living in West Yorkshire.

He had been in failing health for nine years, which he had faced with courage.

A celebration of his life will take place at St Bartholomew’s Church, Ripponden, at 1.00pm on Monday 28 May, followed by a service at Park Wood Crematorium, Elland, at 2.15pm and then a reception at the Triangle cricket club pavilion.