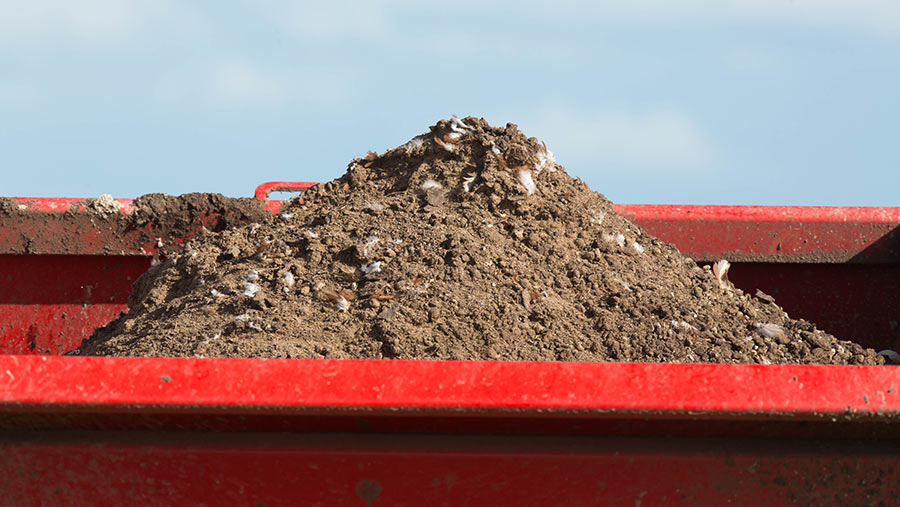 With rules on farm emissions getting tougher, poultry equipment companies have reported a surge in demand for systems that turn manure into a stable, sanitised, saleable fertiliser.

Pelletisers are proving particularly useful where manure disposal is difficult, such as units near urban developments or in environmentally sensitive areas.

Soaring fertiliser prices have added an extra incentive to process on-farm manure, either to use on the unit or as a saleable product to other farmers.

Mr Poulter explains that the firm’s systems work by drying manure on belts, removed daily from the poultry shed.

Air from the housing can be drawn up through Dorset GM’s perforated metal belts system and out through scrubbers to remove ammonia.

Dried manure is moved to a bunker before being pressed into pellets and then sterilised – a process required if manure is to be sold off-farm.

When air from the poultry house is used for drying, the size of the dryer is calculated, based on the number of hens.

An alternative setup is to use heat drawn from an on-farm heat exchanger or combined heat plant in a centralised unit.

Centralised units are fed by loaders and a good option for multi-house sites or a co-operation between broiler producers, which can feed the unit in sequence at depopulation.

It offers a completely integrated system for both types of unit. These take the manure from the shed right through to weighing and bag filling.

Costs vary hugely according to requirements and scale, with recent installations ranging from £400,000-£2m.

The lack of odour from manure stored as pellets and reduced environmental risk had also been a factor in new units progressing successfully through planning – boosting installation numbers for Big Dutchman.

The most straightforward system is the Compoliner composter, says Mr Straub, because the litter can be loaded straight from the house at 35-45% DM.

The system comprises shipping containers connected horizontally, end-to-end, and is scalable from two 40ft containers up to eight.

The system costs £500,000-£1m, depending on size. Producers will also need covered storage, allowing the processed compost to cool for two weeks before bagging.

That takes a separate process, typically comprising a drying system attached to the ventilation exhaust from the poultry housing.

While the container can be sited outside, the hopper must be covered to keep the rain out, with undercover storage required for the bagged pellets. 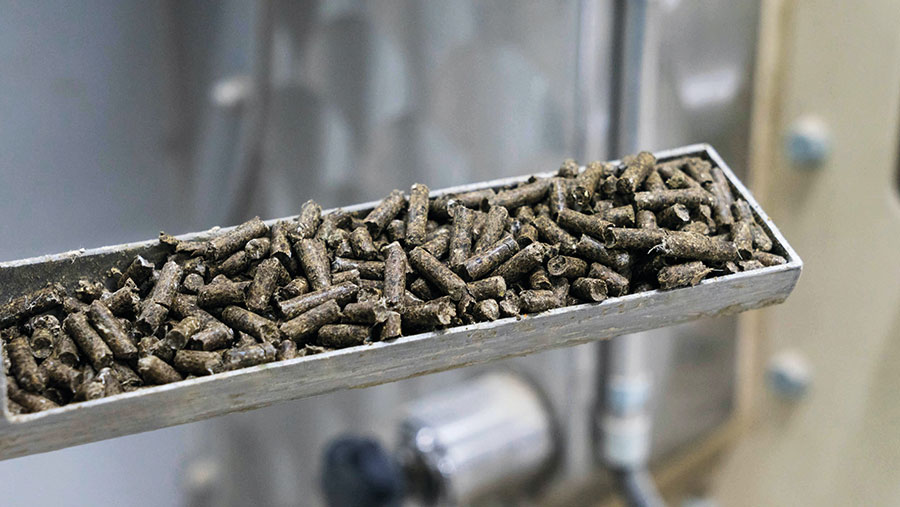 Once manure is dried, it is crushed and pelletised © Big Dutchman

The box comes as a plug-and-play system in a 40ft container, while the tower is purpose built of large-scale production.

With both, the dry manure is loaded into the hopper, where it is chopped, pressed into pellets. It is then heat-treated at over 70C for one hour to sanitise it.

The pellets come out at 5mm diameter and 20-30mm long, although this can be adjusted.

Typically, systems produce pellets with 5-6% nitrogen, 2-3% phosphate and 2-3% potash, whereas the compost contains similar phosphate and potash but lower nitrogen, at about 3%.

Running costs are a consideration, particularly given the high cost of electricity.

The Compoliner uses 30kWh/t of input manure, while the Pellet Box uses 60kWh/t of pellets. “You could run on renewable energy, providing you have a reliable source,” says Mr Straub.