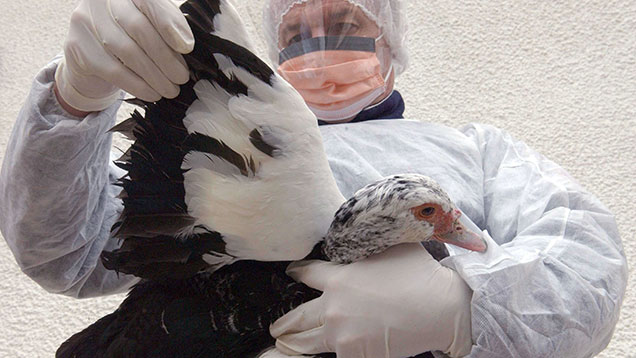 The case of highly pathogenic H5N8 avian influenza on a Cherry Valley duck breeding farm in East Yorkshire last November is now closed, according to Defra.

A report, submitted by UK chief vet Nigel Gibbens to the World Organisation for Animal Health on Tuesday (17 February), confirmed there had been no further cases of H5N8 since the original outbreak, and that final cleansing and disinfection had been completed.

That means the case is closed, and a three-month clock now starts ticking for the UK to regain its official “avian-influenza free” status – at least in relation to highly pathogenic avian influenza.

Until that happens, a number of markets for UK poultrymeat, chicks and hatching eggs will remain closed. The greatest concern is over South Africa, which continues to block imports from the UK, and has not taken the same “regionalised” approach adopted by most other importers.

John Vernam, managing director of Cherry Valley Farms, said the statement by the chief vet was a welcome landmark.

Completing the secondary cleansing and disinfection at the East Yorkshire farm had been a painstaking task, which took far longer than most people appreciated. “Unlike a broiler unit, a duck breeding site has an awful lot of litter. It is wet, too, so cannot be transported to an incinerator. It all has to be collected in sealed containers and taken to a secure composting site.

“We had to move over 1,000t of material from the site, in keeping with Animal and Plant Health Agency protocols, also, all the water and run off from washing the buildings had to be collected and taken to an approved water treatment plant.”

While the poultry sector now had a timeframe for a return to normality, Mr Vernam said he was still dismayed that so many businesses had been affected by the outbreak of H5N8, which was very localised and quickly contained.

The outbreak was first notified on 17 November 2014, following a drop in egg production and an upturn in mortality, with 803 deaths reported from a flock of 6,178 breeding ducks (13%). Protection and surveillance zones were set up immediately, and the flock culled.

These movement restrictions were finally lifted on 21 December, but not before considerable damage had been done, in particular to genetics companies, who found some of their export markets for hatching eggs and day-old chicks closed off, and hen processors, who experienced similar trading difficulties.

Cherry Valley also suffered significant losses – estimated at more than £1m – arising from the culling of non-infected ducks, the destruction of fertile eggs in the hatchery and various consequential losses.