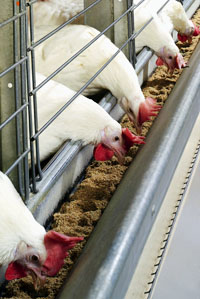 Vets have reported an outbreak of highly pathogenic H7 avian flu on a poultry unit in central Spain to the World Organisation for Animal Health.

The outbreak, which started on 9 October at Guadalajara in Castilla-La Mancha, saw 30,000 layers die out of a flock of nearly 310,000 birds. All birds have now been culled.

The affected unit has four production houses, of which two are clinically affected, plus a breeding house.

A temporary control zone with a 3km inner zone and a 10km outer surveillance zone has been established around the infected premises.

Last year, the UK saw an outbreak of highly pathogenic H7 on a free range egg layer unit near Banbury in Oxfordshire.

Officials said that while the highly pathogenic H7 subtype poses no threat to human health, it can cause rapid and very high mortality among birds.