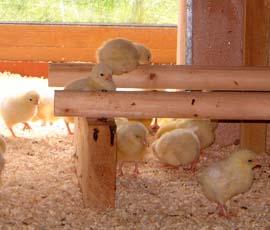 Organic egg producers will continue to be able to source pullets from conventional rearing facilities and “convert” them to organic until 2012 after the EU gave producers a derogation, following the failure to establish a complete organic standard.

Certification authority Organic Farmers & Growers (OF&G) has welcomed the news but said the lack of consensus on pullet-rearing standards still remains an issue for farmers.

“To produce a fully organic pullet, rearers may have to make outdoor space available, amongst other requirements, and that means investment and a long lead-in to allow for planning permission and other considerations.”

“The good news at least is that we won’t be left without a supply of pullets for organic laying units come January next year. Where organic chicks can’t be sourced, producers will be able to continue with the part-organic option and that will allow for continuity of supply for the time being.”

Farmers who want to continue to use part-organic pullets, reared to interim veterinary and feed standards, require a derogation from OF&G for their use. They may also take conventionally-reared chicks onto their units at no more than three days of age and rear them to organic standards.

DEFRA has told OF&G it would expect the current arrangements to continue for at least 12 months past the December 2011 deadline.

“What we need to see now is an agreed organic pullet-rearing standard to be introduced as soon as possible and, once we reach that point, there needs to be at least an 18-month transition period to allow the rearers to make and carry out their plans to meet the market need,” said Mr Jacobs.