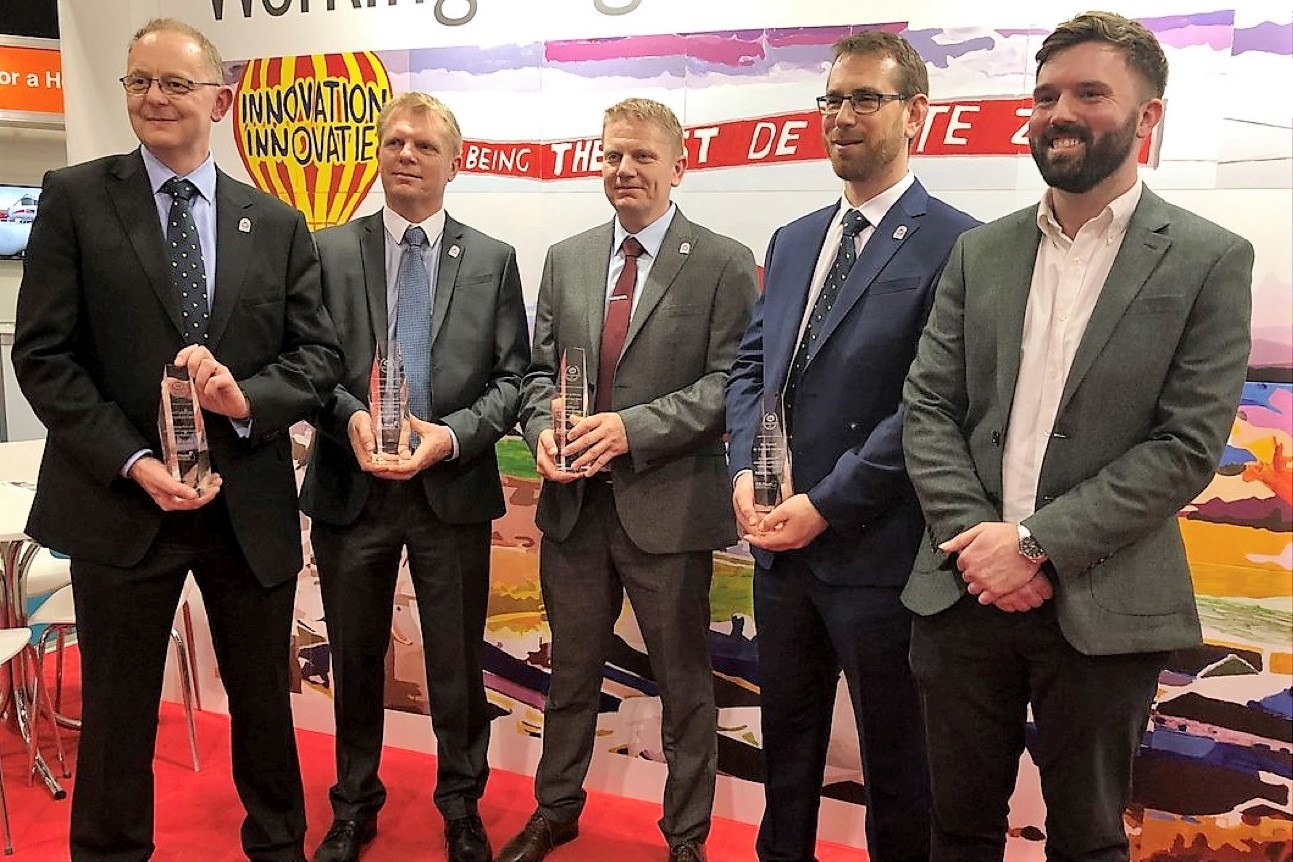 The awards are given to Cobb customers for outstanding performance in hatcheries and in breeder and broiler units.

The hatchery award went to PD Hook’s Great Yarmouth hatchery in Norfolk, which produces one million broiler chicks a week. The company, founded in the 1950’s is capable of producing 9 million day old chicks and growing 6 million chickens from its regional sites across England, Scotland and Wales.

Andrew Gibson, PD hook regional production director, said he was delighted to receive the awards, which were a tribute to their teamwork and attention to detail in bringing out the potential of the Cobb breed. The flock achieved award-winning performance even before the Strumpshaw farm benefited from a major refurbishment programme earlier this year.

The presentations, which took place at May’s Pig and Poultry Fair, saw plaques also given to the Spelman brothers – Mark, who is area breeder manager and Stuart, who is farm manager – and to hatchery manager Ben Burnett.

Cobb Champion awards were introduced in 2015 to recognise outstanding performance in breeder and broiler flocks and at hatcheries by customers throughout Europe, the Middle East and Africa.