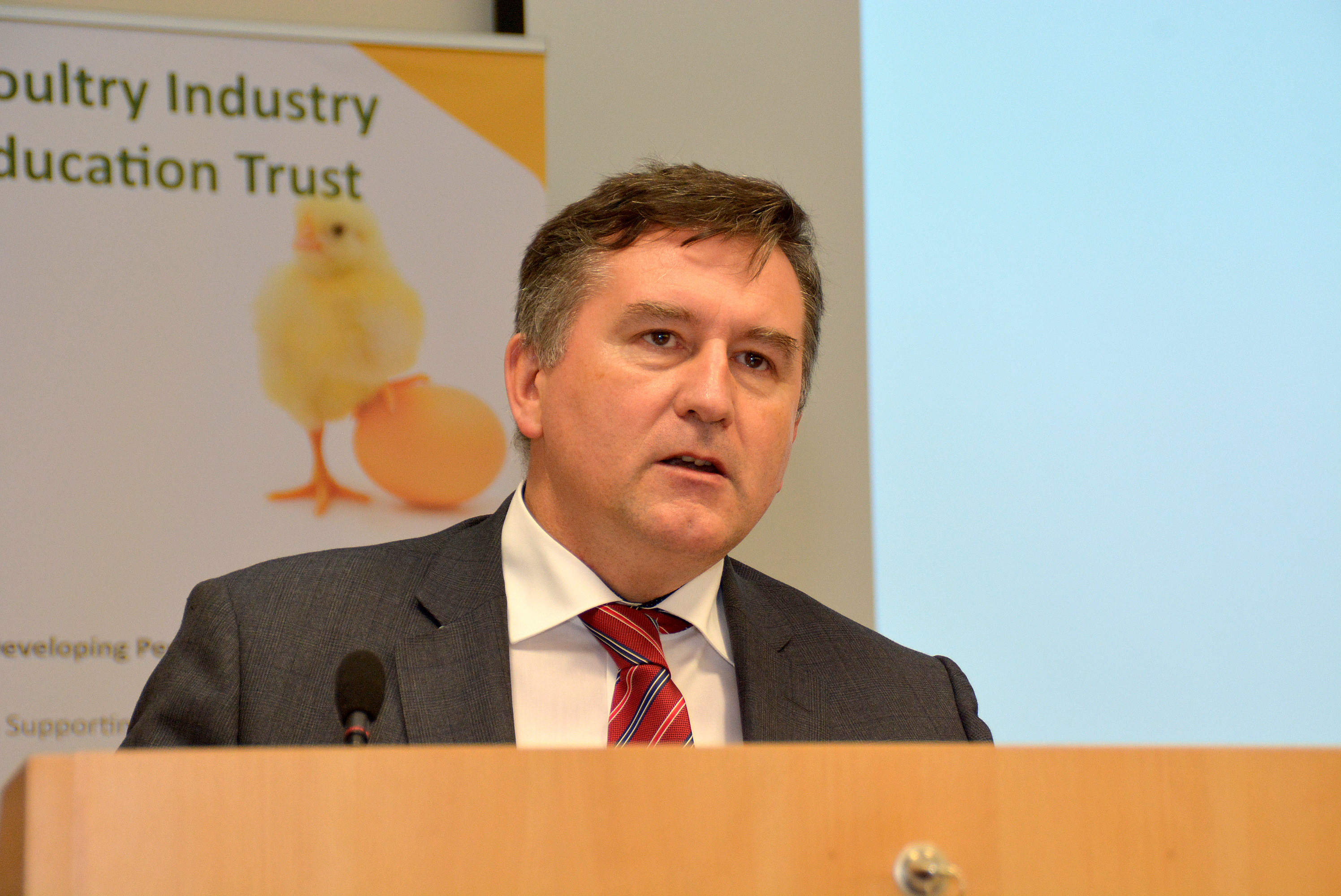 A switch from red meat to white meat by health-conscious consumers in Northern Ireland will support growth in consumption over the next 5 years.

Delegates heard how the sector had “remained resilient” over the past year with total value sales in Ireland estimated at £742 million (€ 832 million).

During his presentation, Professor Geoff Simmons, a professor of marketing at Queen’s University in Belfast, highlighted the importance of the poultry sector and how consumers are swaying more to poultry meat for a number of factors.

“An opportunity exists to promote turkey as a healthier alternative due to consumer concerns over fat.

“Poultry producers will also need to address the demand for transparency on sourcing in order to provide greater reassurance to consumers on quality and food safety standards,” he said.

Buyer trends in Northern Ireland were another factor highlighted by Prof Simmons, which clearly showed favouritism for unprepared portions of chicken as well as chicken fillets and diced chicken.

“Cookery shows on TV have encouraged more consumers to take up cooking themselves again,” said Professor Simmons. “With that in mind, some 65% of consumers in Northern Ireland say they have bought unprepared chicken, chicken fillets and diced chicken in the last month. The corresponding figure in the Republic of Ireland is 62%.

“There also was a preference for breaded or battered chicken with 50% in Northern Ireland saying they had purchased this while only 38% in the Republic bought this type,” he said.

The figures also showed that both countries had 44% of consumers that had bought unprepared whole chicken in the past month.

However, when it came to turkey meat portions 13% of consumers in Northern Ireland had purchased this type compared to 18% in the Republic of Ireland.

“Rising volume sales in the UK are likely to have a stronger role than price inflation in driving value growth within poultry, with 15.9% growth to £3.4bn by 2021 forecast,” he said.

“However, it is likely that the Irish and UK poultry market will face some hurdles which will remain contingent upon decisions made during the 2-year Brexit negotiations regarding trade agreements and tariffs.”

Discussing consumer trends the professor highlighted the importance of millennials and the even more influential market of the boomers.

“We are living longer these days and there is a higher percentage of the population living longer regarded as the boomers market.

“Both sectors are having an influence in the poultry market by changing the dynamics of consumer trends.

“All consumers are predicted to shop more at discounters and switch from branded to own-label food during this current uncertain political climate.”

Prof Simmons also said that 80% of consumers in Northern Ireland wanted more information including sourcing on the packets.

And, 66% wanted to receive more recipes for poultrymeat while up to 10% said they would actually pay more for poultry meat if it meant farmers received a fairer price.

He cited Japan as the world’s number one poultry importer and Poland as Europe’s number one producer, followed by France and Germany.

Mr Billington also highlighted the opportunities that can exist post-Brexit for the local poultry industry.

Mr Billington said: “We need to target Asia as a huge potential market after Brexit, rather than Europe.

“Our industry needs boots on the ground in Africa and Asia to open up these markets, particularly for brown meat.

“We are already in South Africa and Hong Kong with brown meat but we need to move further.

“Our government needs to get its act together and give us the support we need to proceed,” he added.