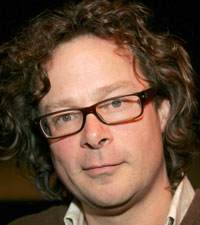 Both the NFU and British Poultry Council are pre-empting Hugh Fearnley Whittingstall’s TV programme on Monday night by reassuring consumers that whatever British chicken they buy, it will be reared to world-leading welfare standards.

To help inform consumers and get its message across, the NFU is releasing new video footage showing indoor reared birds on the Great British Chicken website on Monday 26 January.

The film features Norfolk farmer and NFU poultry board vice chairman Nigel Joice taking viewers on a tour of his farm near Fakenham, where he keeps 800,000 broilers, making it one of the country’s largest indoor operations. He supplies 5m birds a year to the UK market, most of which ends up on the supermarket shelves.

It coincides with Hugh Fearnley-Whittingstall’s new Channel 4 programme, “Chickens, Hugh and Tesco Too”, which is being aired at 9pm on the same day. The programme follows the celebrity chef in the 12 months since his “Chickens Out” campaign started in early 2008, aimed at improving the welfare of chickens.

It is believed that NFU poultry board chairman Charles Bourns features in the programme, as a producer who converted to rearing birds under the RSPCA Freedom Food system.

Speaking to Poultry World he stressed that consumers’ needed choice to match a range of budgets, when buying both chicken and eggs.

“British chicken producers do a great job in providing consumers with the things they want to eat, affordable products reared to high standards of animal welfare whatever farming system is used,” he said.

“This new film [hosted on the Great British Chicken website] helps show the industry at work, rearing chickens, and we will continue to work hard to meet consumer demands. We as British farmers will also ensure that consumers, whatever their budget, have birds reared to the highest welfare standards.”

The British Poultry Council added: “We and our members have worked with Hugh and his TV company during the past two years and it’s been interesting to see his level of familiarity and understanding develop to the extent that he has moved away from advocating only organic and free-range farming to supporting Freedom Food indoor chicken production.

“In the year preceding this Channel 4 programme, we have seen spikes in demand for free range and growth in the differentiation of indoor systems.

“As predicted, it was a spike in demand and we are back to the gradually increasing trend we were seeing before Hugh’s programmes in early 2008. We expect to see this trend continue into 2009 in some of these categories.

The BPC added: “It must be recognised, however, that the Freedom Food scheme effectively rests on top of the comprehensive Assured Chicken Production (Red Tractor) standards, where product labelled with the Freedom Food logo is also required to be underpinned by ACP standards first and by the retailers.”

Looking beyond Mr Fearnley-Whittingstall’s campaign: “We’re focused on the future introduction of the EU chicken welfare directive. In addition to raising standards across Europe in line with ACP, the directive will focus not just on welfare inputs, but also on welfare outputs measured at slaughter which will allow us to accurately assess the welfare of the whole national flock.”