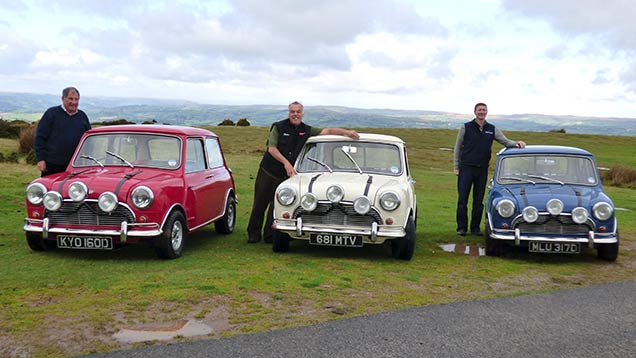 Three representatives of the British poultry industry have relived scenes from the iconic 1969 film The Italian Job during a Best of British drive in historic Minis through the Black Mountains in Wales.

The three were winners of Potters Poultry’s “Best of British” competition, held at this year’s Pig and Poultry Fair at Stoneleigh Park in May.

The company featured the three Minis on its stand at the fair – in red, white and blue – to celebrate 50 years in business.

Potters chose the theme to reflect the fact that the company started trading in the 1960s, and is now the only 100% British manufacturer of poultry house equipment and supplier of pullets.

The group met in Hereford, before driving west to Hay Castle and the Black Mountains.