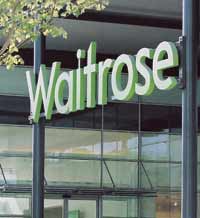 Gourmet poultry producer Gressingham Foods has been drawn into controversy after footage was broadcast on Sky News showing ducks being swung by their necks during catching on a contracted farm in Norfolk.

The footage, provided by Hillside Animal Sanctuary, shows catchers moving within a shed, picking up ducks by the necks, and swinging them into other birds to move the ducks around during catching.

It also reveals other problems such as high levels of lameness and injury within the flock, neck problems, recently dead birds alongside decomposing carcasses as well as birds having very dirty feathers.

The facility, Hall Farm at Hingham, Norfolk, was contracted to supply ducks for Green Label Farms LLP, the company which operates Gressingham’s poultry farming operations. Green Label Farms has emphasised in a statement that Hall Farm is a contracted producer, which has been suspended while an inquiry is conducted.

Also, Green Label Farms said all catchers who worked on the farm have been similarly suspended.

Waitrose, which stocks Gressingham ducks, said in a release that it has investigated the facility and will no longer sell ducks from Hall Farm.

The RSPCA was provided with the footage on 27 January and they have described the conditions shown in it as “shocking” and have subsequently launched an investigation.

“On receiving this footage from Sky we immediately showed it to both an RSPCA farm animal welfare expert as well as a member of our legal team,” a statement from the RSPCA said.

“In addition, within 24 hours of receiving this information, a member of our inspectorate, alongside a representative from Trading Standards, visited the farm in question.”

The RSPCA was critical of the delay between when the footage was shot and it making its way into their hands. “It is very concerning that this covert footage of animals being subjected to serious acts of cruelty goes as far back as December 2010,” the RSPCA said.

“During this period, neither the police, Trading Standards or the RSPCA were alerted to this matter. It is of grave concern that the greatest chance we would have had to help these animals, as well as gather legal evidence, has now gone.”

Wendy Valentine, founder of Hillside Animal Sanctuary, said they hadn’t provided footage to the RSPCA or trading standards earlier as in the past they have been unhappy with their response.

“In the early days we used to report it [cruelty] to the RSPCA and DEFRA but nothing happened,” Ms Valentine said.

“They are only making noise now because we have put it in the media, when we’ve had really bad footage, sometimes on Freedom Food farms, it goes in the media and they say they are going to prosecute then as soon as it dies down in the media nothing happens.”

Ms Valentine told Poultry World, Hall Farm had been an RSPCA approved Freedom Food operation until April of 2010 and her organisation has similar footage taken at the farm over the last 12 months that she would provide this to the RSPCA if they requested.

A spokesperson for the RSPCA confirmed that the Hall Farm held a Freedom Food accreditation until 1 April 2010.