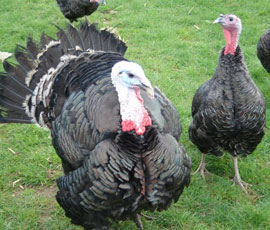 Turkey producers can be cautiously optimistic that the traditional Christmas bird will remain in strong demand this season, despite the recession and a price increase.

“While shoppers are moving away from large 20-25lb turkeys, they are still willing to spend a bit more on a higher-quality, but smaller bird. We’re finding that free-range sales for example are still growing by 5-10% year-on-year, although organic is still very flat in comparison.

“It’s not always about the price,” he added. “It’s about the quality of what you get for your money and consumers are still willing to pay that bit more at Christmas.”

Year-round turkey production is also doing well, with UK demand up 20% in the first quarter of 2012 to 0.74kg/head on the back of national TV advertising campaigns.

To maintain this, producers should build on the demand for “local” produce and regional branding. But Mr Bailey said the type of products offered outside the festive period would have to be made more appealing and financially attractive to shoppers if turkey was ever going to compete with chicken.