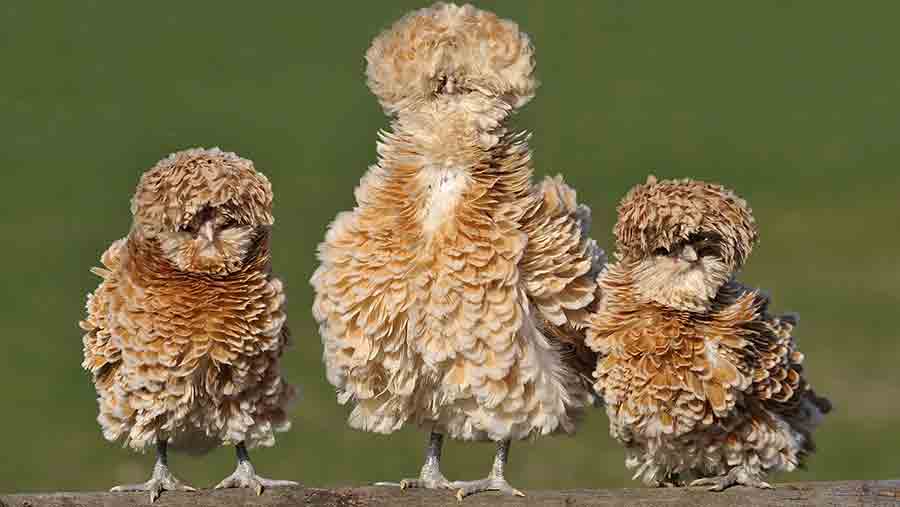 Demand for trendy backyard chickens has never been higher – and thieves are increasingly making pure-breed birds a target, the NFU Mutual has warned.

The insurer highlighted the all-black Ayam Cemani as an example – its fertile eggs can fetch up to £1,000 each – and said owners of all pure-breed birds should consider improving security measures.

Although the number of insurance claims for stolen chickens is low, they grew in number by a third last year, compared with 2014. The average cost of claims also increased from £500 to £1,441. Many thefts go unreported, according to the Mutual.

Victoria Walton, NFU Mutual rural affairs specialist, said a rise in popularity among a new breed of “hen hipsters” – including celebrity farmers – has led to an increased demand for rare-breed birds.

“Burmese Bantams, Polish Frizzles and Silkies, with their cute and cuddly appearance, have now become prime targets for thieves – fetching between £40-£200 a hen. And to add to the attraction, the luxury hen houses they live in are easily portable and worth hundreds of pounds.”

Philippe Wilson, vice-chairman of the Rare Poultry Society, said that over the past five years prices for rare-breed poultry had risen dramatically, along with the frequency of thefts.

“Thieves are clued up on which birds to target and how much they are worth, either for resale or breeding purposes.”

Among the top tips for keeping rare-breed poultry safe are alarms or padlocks for coops to deter intruders, the fitting of security lighting and CCTV and the photographing of chickens or the use of identification tags to aid in recovery if birds are stolen.

“Exhibition and commercial breeders are now installing 24-hour CCTV, full electric fencing and alarmed doors to deter – or, failing that – catch the criminals responsible for such thefts,” added Mr Wilson.