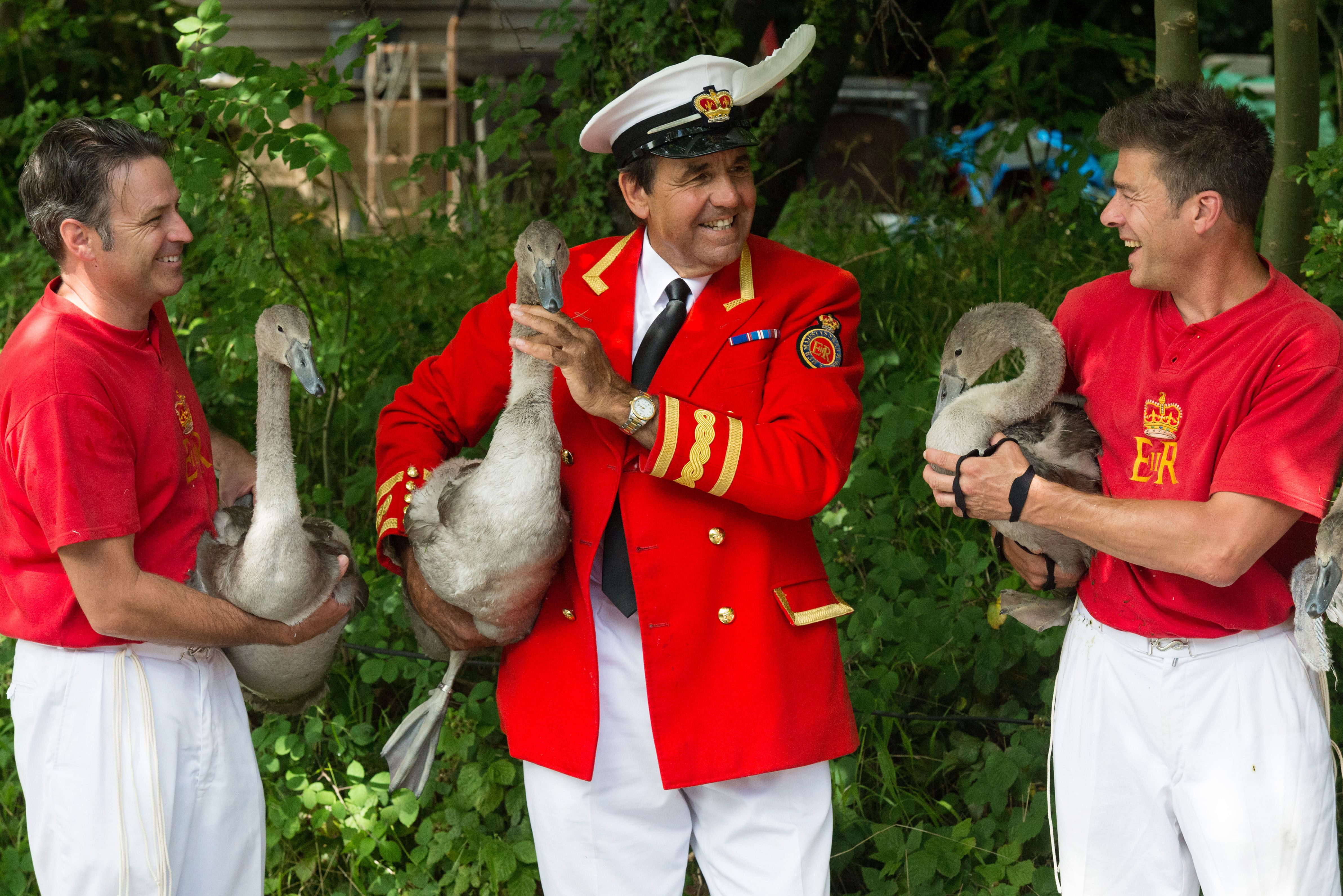 “The Queen’s ‘Swan Upper’ counting birds on the river Thames in an annual tradition that dates back to Medieval times”. Photo: Ray Tang/LNP/REX/Shutterstock

Some 20 birds are said to have died, with several more in poor health, and Defra has confirmed it is investigating bird flu as the suspected cause.

It follows detection of the H5N6 strain of avian influenza in wild birds in six separate cases across Great Britain, including in Dorset, the East Midlands and Yorkshire.

David Barber, the Queen’s Swan Marker, told the BBC “quite a percentage” of the flock had died.

He added: “Bird flu has been going round the country… and unfortunately it’s hit Windsor.

“There are many swans that have died in the flock at Windsor which is extremely disappointing.

“I know there is well over 20 that have gone, and probably 20 still dying at the moment. It’s quite a percentage.”

Unmarked mute swans found on the Thames are regarded property of the Queen.