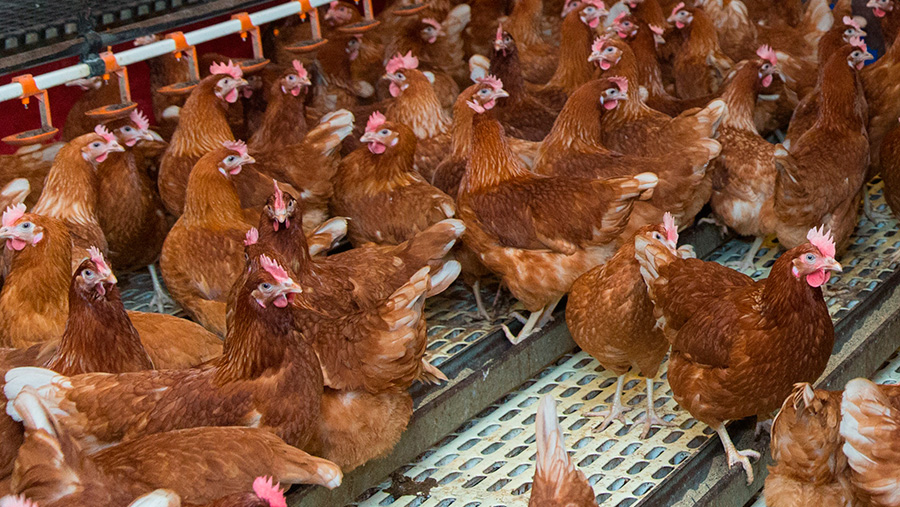 Research has found a relationship between the frequency of smothering incidents on free-range hen farms and certain management techniques and housing designs.

It follows a 2014 report that suggested more than half of commercial free-range flocks can be affected by smothering of some form (see ‘The three types of smothering’, below).

That inquiry concluded the issue was unpredictable and difficult for farm managers to address.

The two studies were based on questionnaires sent to 366 farm managers supplying Noble Foods and the Lakes Free Range Egg Company.

The farms make up McDonald’s UK supply chain, which provided funding for the work.

Other variables, such as breed, bedding type, nest box type, feeder type were considered against those flocks that had incidents of smothering.

Previous work has suggested different breeds could be more or less likely to smother. This is likely down to variable average size, because birds are stocked by numbers rather than overall weight.

But, the report adds, “[This] is not enough evidence to implement a change of breed as a specific intervention strategy to reduce NBS without further exploration of effects on other production and welfare parameters.”

There is also the consideration that breeding programmes have evolved since the beginning of the survey, so the situation may have changed in the interim months and years since it was taken.

While the survey was unable to pick out specific design variances that could cause NBS, one suggestion was the number of “landmarks” within the shed might help birds differentiate between different nest boxes.

These landmarks could include how nestboxes are positioned within the shed, or the colour of the curtains.

With this element of the survey, further study was recommended.

Two measures were identified that may lower the likelihood of panic, or recurring, smothering; using oyster grit or grain on litter to provide foraging behaviour, and offering shade to ranging birds on sunny days.

The study concludes these were common management strategies that discourage unwanted bird behaviour.

David Brass, an author of the study and chief executive of The Lakes Free Range Egg Company said: “Before this project the significance of smothering to the UK free range egg industry was not clearly understood.

“Now, the extent of the problem is clear and solutions are being developed in partnership with the wider scientific community and laying hen industry which is fantastic.”

Noble Foods’ Tom Willings, also an author, added: “We are focused on pre-competitive issues, often those not only present in the McDonald’s supply chain, but across the whole industry.

“This project is a fantastic example of cross-functional constructive work between customers and suppliers, with independent scientific validation at its core, focused on delivering management solutions for the whole industry.”

The three types of smothering

Where birds are disturbed by a sudden shock, for instance, from the presence of a predator or by sudden noise.

These are described as isolated incidents involving more than 20 birds.

The litter is a common site for this type of smothering to occur.

Where one hen visiting a nest box prompts another to follow.

Hens are “highly motivated” to find discreet, enclosed nesting sites. So-called “gregarious” nesting behaviour, where birds follow another into a nestbox, is undesirable.

It occurs most in younger flocks.

It has been investigated far less closely than the above two types.