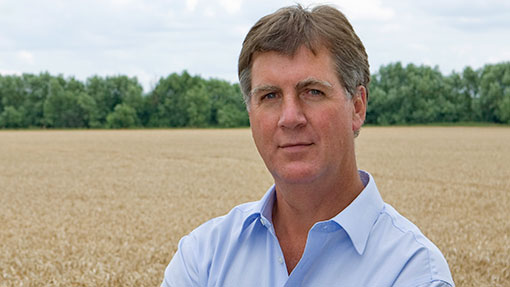 Former director general of the NFU, Richard MacDonald, will chair the cross-industry Joint Working Group on Campylobacter as it moves into a phase of trialling interventions across the supply chain.

Mr MacDonald succeeds Peter Bradnock, former chief executive of the British Poultry Council (BPC), who was the first to hold the position. His departure from the group signals its movement into a second phase, where interventions that have been developed over the past five years are trialled on the ground.

The first five years of the group’s existence were largely concerned with research and investigation, with more than 70 different research projects undertaken. This second phase will see measures to reduce campylobacter introduced and trialled in real situations, from biosecurity on the farm to interventions in the slaughterhouse and novel packing solutions at retail.

Mr MacDonald said he looked forward to working with the group in its work to cut campylobacter across the supply chain.

“I’m pleased to have been asked to help deliver meaningful progress in campylobacter,” he said. “This is where we have to enact all we’ve learned over the past five years. The UK is leading the way on what is a global issue and we have a responsibility to apply ourselves diligently and consistently to solving the problem.”

Both Catherine Brown, chief executive at the Food Standards Agency, and Andrew Large, her counterpart at the BPC, welcomed the move.

Mr Large said: “The UK poultrymeat industry remains committed to tackling this naturally occurring bug, but consumers should also remember that they have a responsibility. Whenever handling fresh chicken and other meats – whether in restaurant kitchens or in the home – people should always follow good hygiene practices and cook food thoroughly as this kills campylobacter.”

Mr MacDonald served as director general of the NFU for 13 years to 2009 and holds a range of directorships across agriculture, including chairing Defra’s Better Regulation Task Force. He will begin his tenure of the Joint Working Group on Campylobacter from 12 November.