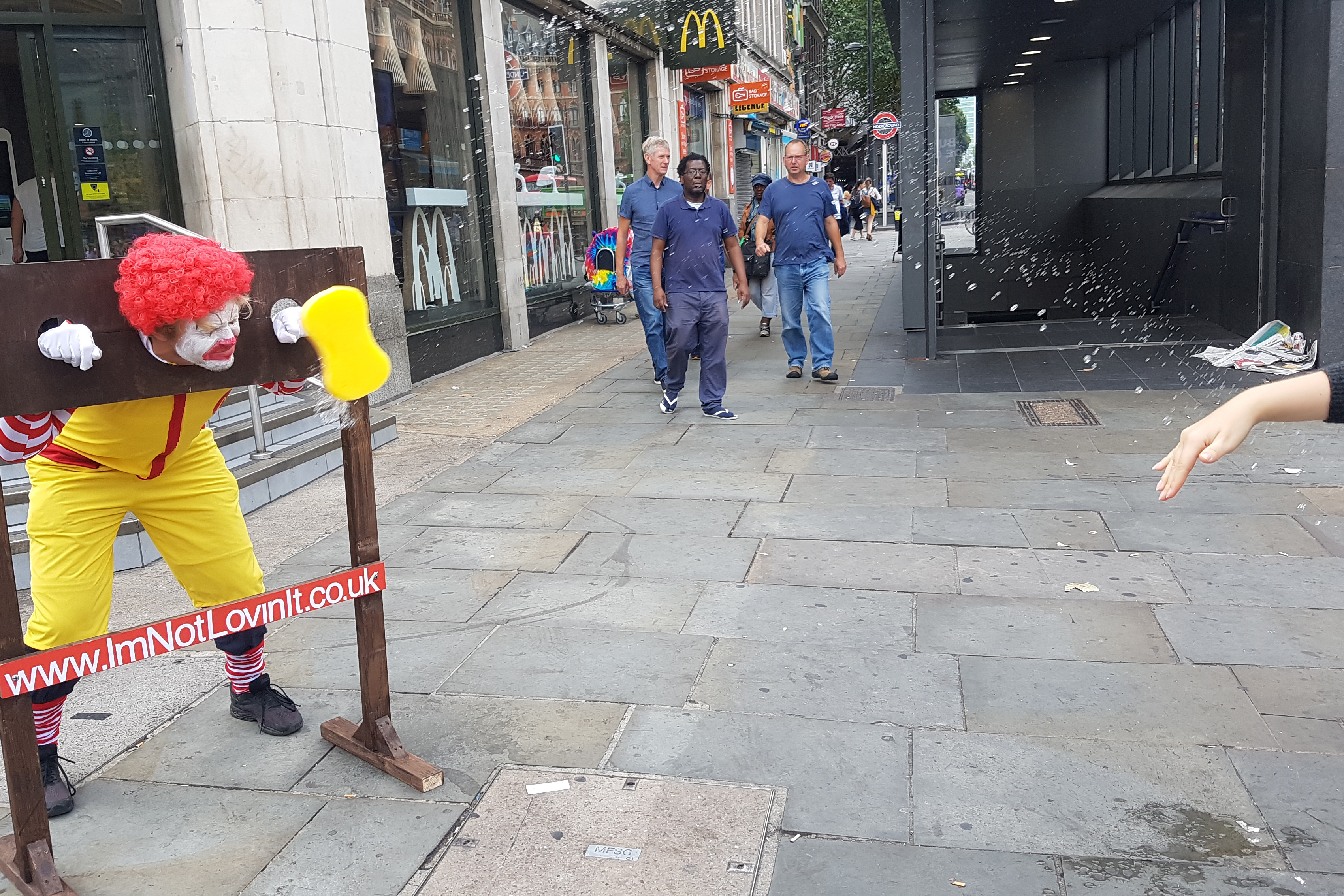 Ronald in the stocks in McDonald’s chicken protest

The demonstration has centred around the protestors inviting passers-by to throw damp sponges at Ronald McDonald, who has been put in the stocks.

Organised by the Humane League, an accompanying petition is calling for McDonald’s to improve the welfare of broilers in its supply chain.

Objections centre around McDonald’s using conventional breeds, rather than slower-growing birds for its McNuggets, Chicken Selects and Snack Wraps.

Pru Elliott, head of campaigns at The Humane League UK, said: “McDonald’s chicken welfare policy is little more than a smokescreen to distract consumers from the fact that they are simply not prepared to make the kind of meaningful improvements which would actually reduce the suffering of chickens.

They are trying to paint themselves as an ethically-minded company but it is very clear that their highest priority is profit, not ethics.”

McDonald’s UK now serves more chicken than beef in its 1,300 restaurants, and is actively sourcing more from the British Isles.