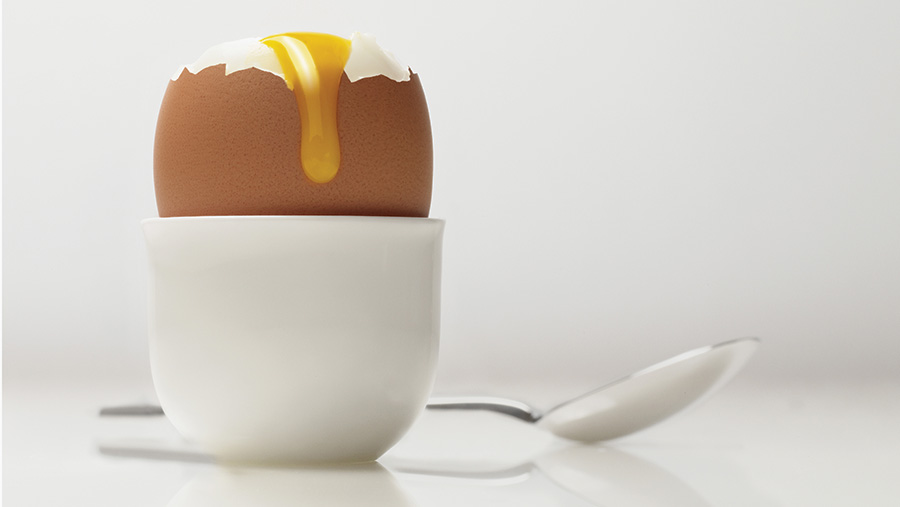 Eggs with runny yolks are safe to eat for pregnant women and other vulnerable groups, a study by food safety experts has concluded.

The report by the Advisory Committee on the Microbiological Safety of Food (ACMSF) said a major reduction in salmonella meant it was now safe to eat British Lion eggs raw or lightly cooked.

The findings follow a year-long review and change advice that has been in place since 1988, when comments by then junior health secretary Edwina Currie on salmonella sparked a huge food scare.

She said that most eggs contained salmonella and that older people, pregnant women and babies should eat only yolks that had been cooked solid.

The Food Standards Agency (FSA), which commissioned the report, said: “In recent years the presence of salmonella in UK hen shell eggs has been reduced greatly.

“This is particularly the case for those produced under the Lion coded quality assurance scheme, which comprises a suite of additional control measures.”

The FSA is now embarking on an eight-week consultation on the report before issuing further advice.

“The investment we have made in eliminating salmonella and the safety record of British Lion eggs mean we have been confident for some time that it is safe to eat runny egg yolks.”

“The vaccination and testing programme means we have not had a single Lion egg test positive for salmonella for years.”

She added that the industry deserved huge credit for having the foresight and bravery to invest millions of pounds in creating the vaccine.

“The vaccine was launched in 1998 at a cost of £4m. We then had a promotion campaign that cost a further £4m. All of that was generated when the industry had been floored by Edwina Currie’s comments,” she said.

“We are confident that the FSA consultation will accept the advice given by the ACMSF.”

Comments on the proposed change to consumer advice should be submitted to the FSA by Friday 16 September 2016, when the consultation closes.

Read the ACMSF report in full