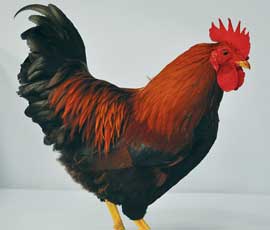 A syndicate of pure-breed poultry enthusiasts in Australia has decided to cull a quarantined flock imported from the UK, after salmonella was discovered.

The 10-year endeavour, which hoped to introduce new bloodlines into Australian pure breeds, cost an estimated AUS$500,000 (£300,400) and ended in disaster following the discovery of four birds with salmonella pullorum.

The country has some of the tightest controls on biosecurity in the world, and this was the first time a poultry import had been attempted for 50 years.

Importing the flock under licence involved selecting 45 British birds, and placing them in quarantine in the UK, before exporting their eggs to Australia, where they were hatched and reared alongside control birds, bred to be more susceptible to disease.

Eggs from these birds were then due to be released to members of the Australian Rare Importation Poultry Syndicate (ARPIS) just days before the first case of salmonella was confirmed.

The syndicate challenged the Australian Federal Agriculture Department’s destruction order, and was granted time to administer more tests, but three more cases of salmonella were discovered.

As Poultry World went to press, it was confirmed that the flock of pure breeds was to be destroyed, which David Spackman, the British vet who helped with the export, called a “kneejerk reaction”. He said that the flock could have been “guaranteed to be free of salmonella”, by the time it was released to the public. “They should not have been culled. The descision was political, not scientific.”

A spokesman for the Poultry Club of Great Britain, which assisted with the pure breed export, said: “It’s a real shame, for so much effort and financial investment to go into this, for it to fall at the last hurdle is heartbreaking. We are very disappointed.”

He expressed hope that the programme could be re-started, as did ARPIS.