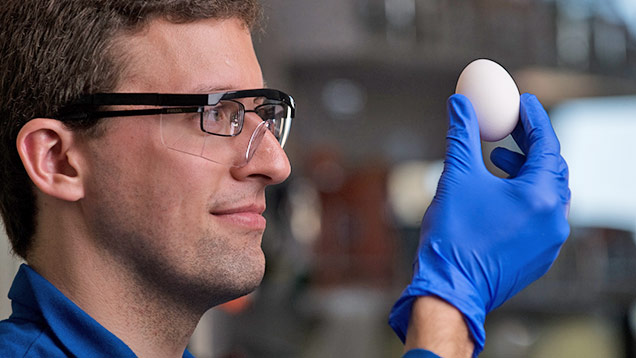 A multinational team of researchers has found a way to unboil eggs, potentially having implications for medical research and food production.

The team, comprising scientists from University of California Irvine and Flinders University in Australia, successfully broke down a cooked protein contained within boiled egg whites.

This means taking protein strands that have tangled and folded through the cooking process and returning them to a usable “clear” condition for research.

In the case of this experiment, it meant turning the cooked protein back to “lysozyme”, an enzyme abundant in egg white.

But the method could be applied to other proteins, such as those required for expensive cancer drugs, potentially reducing their cost.

It may also have applications in both food manufacture and farming, according to researchers.

How science unboiled an egg

Gregory Weiss, a professor at UCI, explained that a batch of egg white was cooked for 20min at 90C. His team then added a urea substance, which “chewed away” at the egg liquefying solid material.

The second stage was employing a vortex fluid device that applies stress to the tangled protein strands, and reforms them to the same condition as when they were part of the uncooked egg white.