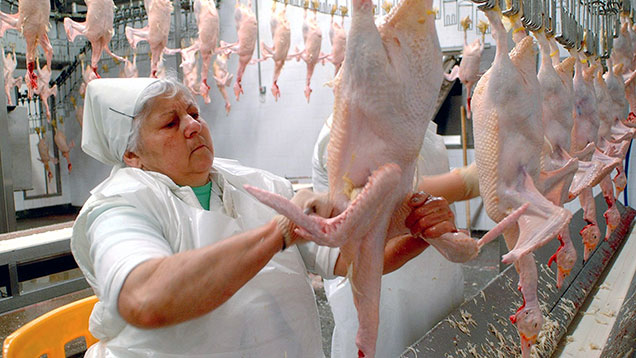 A poultry slaughterhouse in Angus, Scotland, is set to close resulting in the loss of more than 100 jobs.

The facility in Letham, near Forfar, will close following a review by its owner, One Stop Halal. It was bought by 2 Sisters Food Group from Mitchells of Letham in 2007.

In 2013 it was sold to a consortium, which included 2 Sisters’ owner Ranjit Singh.

It is understood that up to 90 of the 109 people employed at the site could be offered positions at 2 Sisters’ Coupar Angus slaughterhouse. A 45-day consultation period has now begun.

Farmer contracts will also be transferred to Coupar Angus, according to local media reports.

A spokesperson for One Stop Halal said it had identified processing capacity nearer to its manufacturing base in Suffolk.

“Our immediate priority now is to have meaningful discussions with our colleagues during this consultation period to see if other alternatives can be found to minimise the impact of our proposals.”