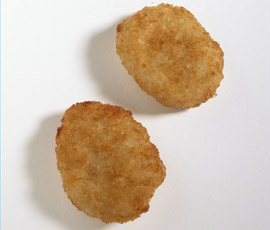 Local authorities in Scotland have been criticised for flying in chicken nuggets from Thailand, as well as other poultry from the Netherlands, and serving it to schoolchildren.

The Scottish Green party conducted a freedom of information survey across a number of local authorities after the Scottish government said that it did not keep track of the provenance of poultrymeat in school meals.

Only Stirling, signed up to the Soil Association’s Food For Life scheme, was found to have sourced a significant amount (90%) of its chicken from Scotland.

Six councils – Inverness, Aberdeen, Dundee, Perth, Glasgow and Edinburgh – said they served no Scottish chicken at all in school meals.

Dundee and Perth were able to say 14% of chicken was UK-sourced, and Aberdeen put it at 30%. Other councils surveyed did not have figures.

The party also noted that none of the chicken served was free range, and said a forthcoming Procurement Reform Bill could be used to get more Scottish chicken in school meals.

The information has emerged shortly after Tesco announced all of its fresh chicken sold in Scotland will be reared on Scottish farms.

Alison Johnstone, MSP and food spokesperson for the Scottish Greens, said: “There shouldn’t be so much of a divide between the pioneer councils and the food laggards when it comes to something as important as our children’s meals.

“I have long-standing concerns about imported meat and there’s got to be a better way than flying chicken nuggets from Thailand.

“We must aim for local, high-quality food on our children’s plates as the norm.”

A Scottish government spokeswoman said: “While procurement decisions are entirely a matter for local authorities, the Scottish government provides guidance setting out nutritional requirements and quality standards for school meals, and we expect both to be observed.

“Within the boundaries of strict EU rules, the Scottish government strongly encourages local produce to be procured wherever commercially possible.”