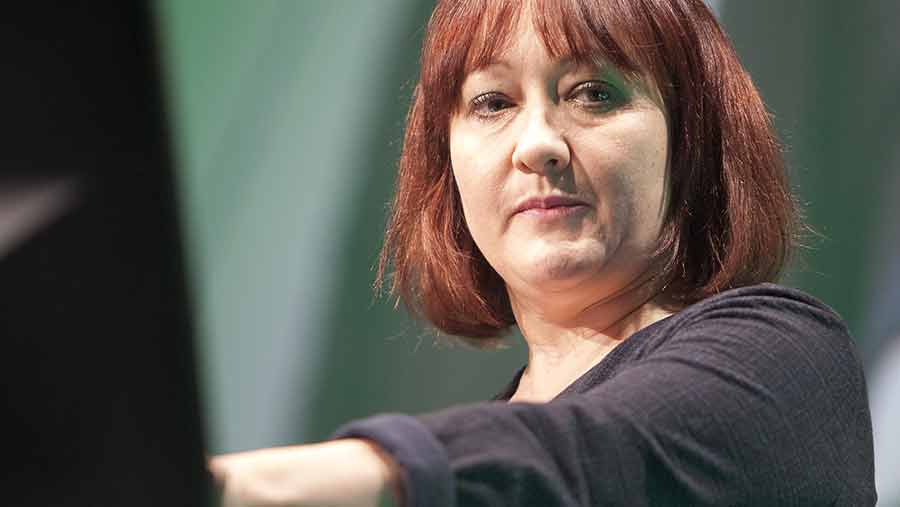 Shadow Defra secretary Kerry McCarthy has called for a ban on the “dangerous overuse” of antibiotics in farming.

The call came in an article written for news website Politics Home, where she highlighted campylobacter in poultry, and linked growing resistance in humans to medicines use in livestock.

The article coincides with a meeting of the European Environment Public Health and Food Safety Committee, which will decide its position on the “routine preventative use of antimicrobials” – and whether it should be formally banned.

UK farming leaders insist that, if antimicrobials are used preventatively, it is never routine; it is because of a clear risk of disease.

Ms McCarthy referenced recently leaked figures that suggest the use of fluoroquinolones on poultry farms had jumped by a “staggering” 59% between 2013 and 2014.

But more recent figures, released by the British Poultry Council, suggested their use had reduced by 53% the following year.

The seemingly large swing is because relatively small amounts of the drug are used to treat flocks – mainly turkeys – and only as a last resort. The poultry sector also introduced a voluntary ban on the use of fluoroquinolones in day-old chicks in 2012.

Ms McCarthy said the increase was “mirrored by rising resistance to these drugs in human campylobacter”, and also referenced colistin-resistant bacteria, which was discovered in the UK in November.

“As in humans, antibiotics are essential for treating infection in animals,” wrote Ms McCarthy, “But far too much of this is preventative, with groups of animals regularly dosed even when no disease has been diagnosed in any animal.”

She called on the government to support a formal ban on routine preventative use.

John Fitzgerald, who chairs the Responsible Use of Medicines in Agriculture, a group which publishes prescription guidelines for vets and farmers, said preventative antimicrobials were a last resort.

The drugs were only prescribed when there was a “clear epidemiological need”, which would prevent an outbreak amidst a flock or herd of animals.

This would be in the context of high biosecurity, and good husbandry, he added. “There is no excuse for using antibiotics to prop up poor standards.”