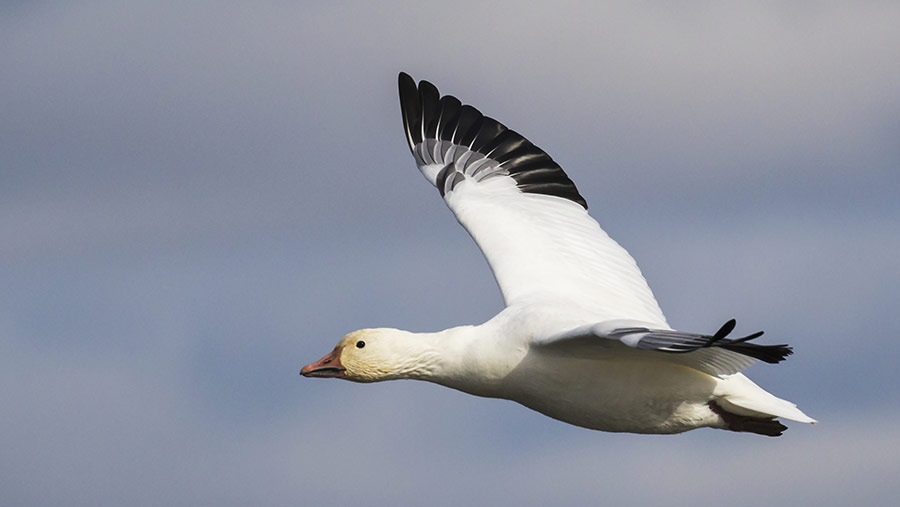 Migration routes hold the key to the spread of bird flu, according to a new global study.

Experts say the migration routes of wild birds could help to provide early warning of potential bird flu outbreaks. The recommendation follows new research that shows migrating birds can help to spread deadly strains of avian flu around the world.

See also: Challenges ahead for insect protein in poultry diets

Researchers investigated how the H5N8 subtype spread following outbreaks in South Korea in early 2014. The virus spread to Japan, North America and Europe, causing outbreaks between autumn 2014 and spring 2015.

The scientists analysed migration patterns of wild birds that were found to be infected with the H5N8 virus and then compared the genetic code of viruses isolated from infected birds collected from 16 countries.

Their findings reveal that H5N8 was most likely carried by long-distance flights of infected migrating wild birds from Asia to Europe and North America via their breeding grounds in the Arctic.

It reinforces the importance of maintaining strict exclusion areas around poultry farms to keep wild birds out.

The researchers added that greater surveillance of wild birds at known breeding areas could help to provide early warning of threats of specific flu virus strains to birds and people.

The study was conducted by the Global Consortium for H5N8 and Related Influenza Viruses and involved scientists from 32 institutions worldwide.

Dr Samantha Lycett, lead author and career-track fellow at the Roslin Institute, University of Edinburgh, said: “Bird flu is a major threat to the health and well-being of farmed chickens worldwide. Our findings show that with good surveillance, rapid data sharing and collaboration, we can track how infections spread across continents.”

Fellow University of Edinburgh academic Dr Mark Woodhouse added: “This study could only have happened through bird flu researchers around the world pooling resources and working together. We see this as a model for how scientists should unite to combat infectious diseases of all kinds.”

Writing in the same edition of Science, Colin Russell of the Department of Veterinary Medicine at the University of Cambridge said that while enhancing surveillance of wild birds where migratory flyways overlap could provide an early-warning system, the overlaps covered huge geographical areas and involved massive bird populations

“We urgently require detailed assessments of where surveillance is most needed and could have the greatest impact,” he added.

Supported by the Biotechnology and Biological Sciences Research Council, the study has been published in the journal Science and was funded by the European Union’s Horizon 2000 research and innovation programme COMPARE.