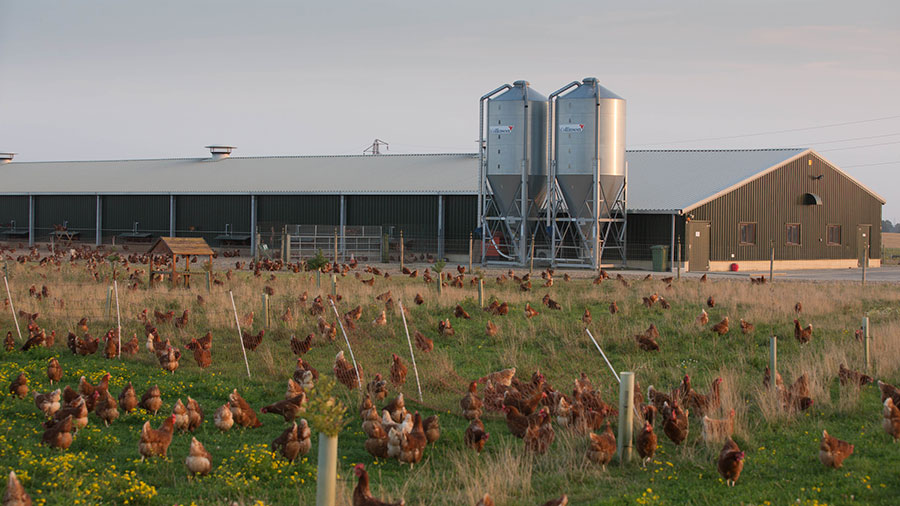 A strong industry response to a vocal home-grown animal welfare lobby has already propelled the UK to the forefront of the global move away from cage systems.

Despite that, pressure from lobby groups is unrelenting, and cages were again put under the spotlight in June during a parliamentary debate.

The debate was held following a campaign led by Compassion in World Farming (CIWF) patron Deborah Meaden. More than 109,000 people signed the petition, triggering a petitions committee debate in parliament on the use of cages in both the pig and poultry sectors.

The main outcome for poultry farmers, where a total cage ban by 2027 was discussed, was an agreement to accelerate the timescale for a government consultation on the issue.

Defra minister Victoria Prentis pledged that the consultation exercise would begin as soon as possible, but she is yet to commit to a launch date.

“The government is committed to phasing out confinement systems and supporting the industry to do so, not least to underpin UK food security,” Ms Prentis said.

“We need to work carefully and sensitively with the pig and poultry industries, which are both struggling with difficult input costs and other challenges at the moment.”

She added that she would adopt a joint approach to better animal health and welfare, “not just through banning things, but through a three-pronged attack”.

That three-pronged approach is based on:

But the British Egg Industry Council (BEIC) has raised serious concerns about any regulatory intervention and explained how it could undermine the entire UK egg supply chain.

What about a market-driven approach?

BEIC chief executive Mark Williams explained that a market-driven approach would be better than a ban.

Barren battery cages were outlawed across Europe in 2012, with UK egg producers largely switching to enriched cages. These account for about 35% of current production.

Replacing the old systems cost the sector £250m-£300m, Mr Williams says. But the transition from cages with 550sq cm a bird to enriched at 750sq cm a bird also had a permanent effect by adding about 7% to production costs.

Overall, about 16% of the cost of producing an egg in Britain is now down to bird welfare. Any future government ban would have to take account of, and cover, all of these costs, he says.

This time round, bills to replace equipment with barn systems would be substantially higher, because labour and equipment costs have soared since 2012.

Mr Williams also points out that British barn standards, devised with CIWF, are higher than those in the EU. That means a larger investment would be needed in the UK than in the EU to uphold those welfare standards and maintain competitiveness.

He also questions whether the increased costs, particularly during a cost-of-living crisis, can be justified and will translate to higher prices on supermarket shelves.

Analysis has shown that consumers are more price-driven rather than welfare-motivated. This will be even more so as prices soar.

With higher costs and higher prices, the knock-on effect would take a serious toll on the egg processors further up the supply chain.

But margins are tiny and any attempt to pass on the increased costs of production to the processor would be impossible.

This leaves the UK processor facing a decision: buy in British product or look elsewhere to countries like India where costs are 30% lower, he suggests. 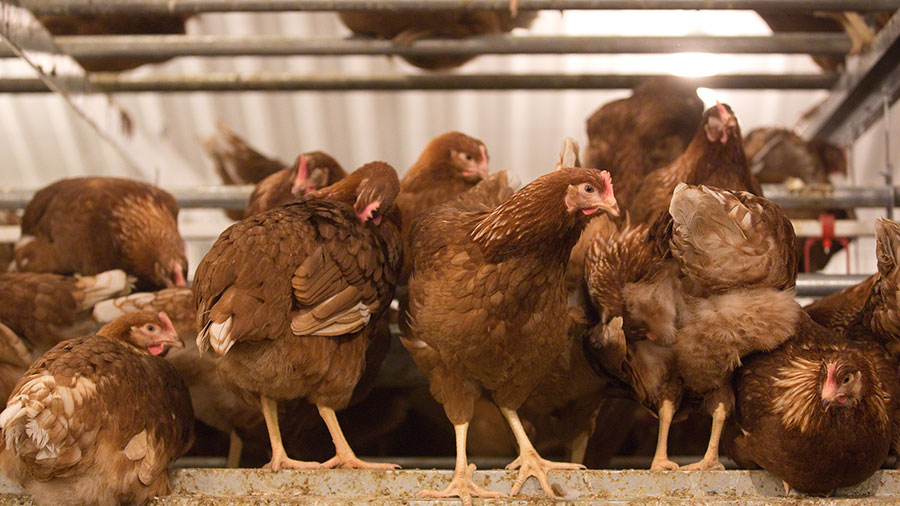 India has a vast egg-producing sector founded on barren battery cages with standards lower than those outlawed across the EU in 2012.

If you were a buyer would you sacrifice your business by continuing to buy British or would you be forced to import processed products?

Mr Brobyn says the sad answer is that processors in the UK will go out of business, and this could be hugely damaging for the whole British egg sector.

Producers rely on processors to take the 8% of eggs that are seconds – either misshapen, cracked or small.

The payments for these eggs are vital, but would instead be replaced with a cost to render the eggs. So a cage ban would hit the competitiveness of all British sectors, including free-range, Mr Brobyn says.

“Quite frankly, I am flabbergasted that the government has the gall to call for a cage ban in the UK while negotiating a free trade agreement with India that will allow their eggs in via the back door,” he says.

Could labelling provide an answer?

The government suggested in its three-pronged approach that it would overcome the disparity with labelling.

But Mr Brobyn says it would be all but impossible to achieve that with processed, dried egg products.

Dried egg is used by the catering and service sectors, he points out, and when people eat a pastry in a café or hospital they have no idea where the ingredients have come from. 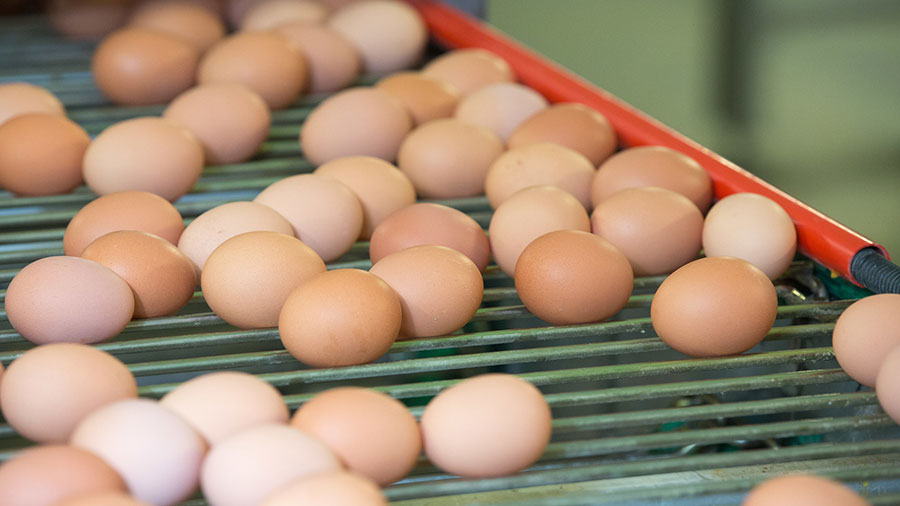 Labelling products in these areas simply won’t work and the UK egg sector’s future will be under threat from its own government’s policy, Mr Brobyn says.

He points out that this is not just an egg-sector complaint. It is also a key concern of the animal welfare groups and is well understood by CIWF, which has worked with the BEIC to improve welfare here and abroad.

It wants an end to cages to improve welfare, but it recognises that a ban in GB alone, without guarantees and protections for these standards, will only open the floodgates for eggs produced in systems where the hens are ultimately the ones that suffer, Mr Brobyn says.

In organising the consultation, he says the government must do more to understand any unintentional impact on the sector, the consumer and ultimately the hens’ welfare it thinks it will help protect.

The Europe-wide End the Cage Age campaign that led to the UK debate is long-running. It was behind the ban on conventional cage production in 2012 and the switch to enriched colony or cage-free systems.

However, it has since called for an end to all cage systems by 2027 and this has been agreed by members of the European parliament.

But like the UK, the European poultry industry is facing two key issues:

There are many different scenarios concerning how the transition to cage-free systems is going to affect the EU market, says Ovsanna Mikhaylovskaya, production director at the northern European egg producer and processor AS Balticovo.

“One of the main oppositions is that the transition will require a big level of investment because it involves new construction, different equipment, different management and health issues,” she says.

To put that into context, there are 170 million layers still in enriched cages in the EU that will need to be transferred to an aviary or free-range system – which will cost £6bn.

“That is a huge amount and only covers laying houses,” she says. “To build one rearing house today costs about £21 a bird, which will require another £1bn investment to make the whole transition by 2027.”

It’s also important to think about the influence on egg prices – will market prices be acceptable for consumers and profitable for producers?

And there are the health and welfare issues associated with these houses to consider. “We have to understand there are certain challenges and different management required,” said Dr Mikhaylovskaya.

“Because the birds are moving wherever they want, they have more access to the litter, which can lead to coccidiosis infection – one of the diseases that is very important for their overall health status. The houses are dustier, so we are also seeing more respiratory disease issues.”

Training the birds is another consideration. “Training is important to avoid floor eggs as well as keelbone trauma and broken yolks due to jumping on and off the equipment.”

And for all producers, labour costs and the comfort of employees is important. “I would say it will be more expensive securing labour for no-cage houses because the environment is poor [for workers] compared with cages.”

Staff may need to wear masks, work fewer hours and take more breaks due to potential exposure to dust. And there are sustainability concerns, because of the increased heating, lighting and land requirements.