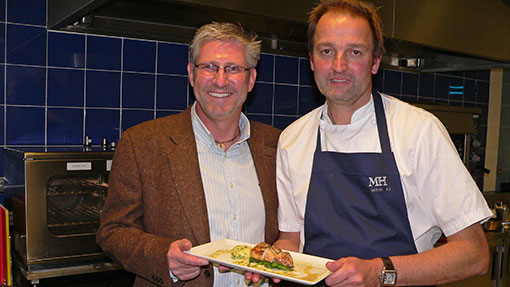 Traditional Norfolk Poultry (TNP) has launched its unique “Norfolk Black Chicken” into the catering trade, with the aim of getting the bird on the menus of top restaurants across the country.

At a dinner held in Norwich City College, TNP director Mark Gorton explained the Norfolk Black was the result of a careful breeding programme based around a French “Label Rouge” breed and the Hubbard 757. It has been stocked in Sainsbury’s supermarkets for about 12 months following three years’ worth of trials and development.

Mr Gorton launched the chicken into the catering trade with the help of Michelin-starred chef Galton Blackiston, of restaurant Morston Hall, who gave a cooking demonstration before helping Norwich catering students prepare a menu he had devised incorporating the bird.

Mr Blackiston said the chicken was “a very good product” and he was proud of the quality of food in Norfolk. He added the fortunes of poultry and cheaper cuts of meat was improving.

Watch: See the Norfolk Black chicken on the farm

“For many years we did shy away from using chicken in the restaurant, because it was perceived as a cheaper meat and people are paying a lot of money to eat at Morston Hall.

“That’s how it was when we started 20 years ago. Now, if I can get the best chicken, fantastic. It was only when I took a moment and tasted it at home did I think ‘this is a really good bird’ and was taken by it.”

The unique breed is grown free range, and fed a corn-based diet that Mr Gorton says enhances the flavour. Birds are slaughtered at 63 days at a weight of about 2.2kg. 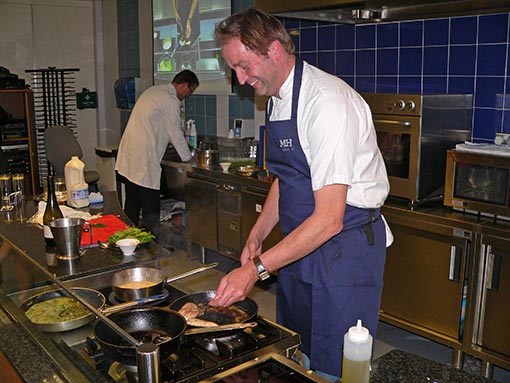