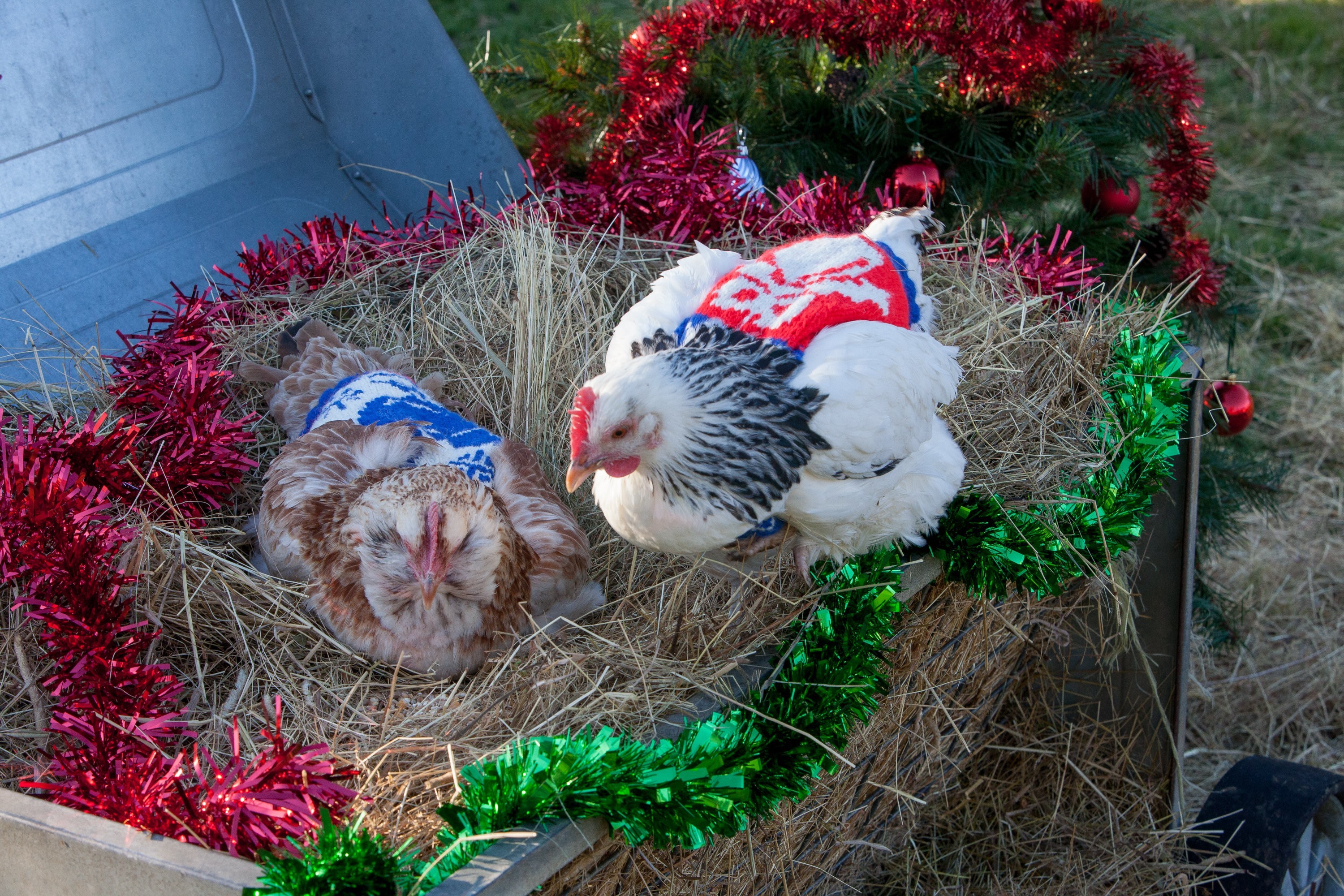 Rakai has some of the highest rates of HIV and Aids in Uganda. Kasiita and his five siblings lost their parents to the disease when he was just 15 years old, and he had to drop out of school to become head of the family. The family struggled, often eating just one meal a day.

But following training and support, he now has a flourishing garden, enabling him to sell produce locally and buy medicine as well as reinvesting in the small farm.

The family started with just two chickens and now have eight. Each chicken costs in the region of 10,000 Ugandan shillings, equivalent to £2. Before they joined Send a Cow, a whole day’s labouring for the siblings would earn them just half that amount.

Chickens are proving beneficial to the family, providing healthy high protein food through their meat and eggs with surplus eggs being sold back to the community.

Another family – Francis Omonya Jakaiti (48) and Josephine Nasambu (45) and their seven children – have also had their lives turned around thanks to poultry.

They used to live in a small mud-walled hut with a thatched roof. Nowadays, they use that building for storage. They spend most of their time in a larger, more comfortable house, which Francis built himself, using the money he made from his farm.

“I used to be a tobacco farmer but I was very poor. We were getting nothing from it.”

Tobacco was a popular crop for many farmers until one of the large companies moved out leaving farmers with a crop they struggled to sell and couldn’t eat.

Today, they are making a living from growing vegetables, rearing chickens and selling the produce from their dairy goats. Their 12 birds produce around ten eggs a day which they sell at market. They also find their droppings make great compost.