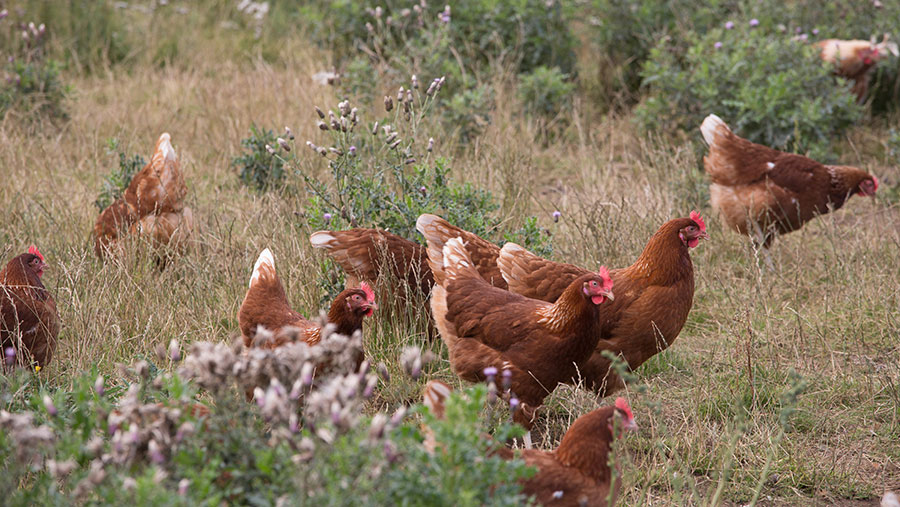 Defra must give the go-ahead to house outdoor poultry flocks as the threat from high pathogenic avian influenza is growing every hour, an industry leader has warned.

Chief executive of the British Free Range Egg Producers Association Robert Gooch has voiced his “extreme concern” that the H5N8 strain had been found in birds across Europe.

In Hungary 10,500 turkeys on a commercial finishing unit were culled on 4 November after the H5N8 strain was found.

Since then the disease has been found in wild birds in Poland, Switzerland, Austria and Germany. Dead wild birds, found in the Netherlands near Amsterdam, were also suspected of carrying the disease and are undergoing testing.

Dutch and German authorities have already ordered flocks inside to protect them from possible infection.

“Cold weather in feeding grounds on the continent is driving these migratory birds towards the UK. If the Dutch birds are confirmed as carrying the disease it is worryingly close to our coast,” said Mr Gooch.

He added that a meeting between UK poultry officials and Defra to discuss housing UK flocks was scheduled for 15 November.

Guidance to the public, movement controls and our control strategy

“We would like Defra to take the step as soon as possible. The situation appears to be worsening every hour,” he said.

“An order to house flocks would be temporary and cover a 12-week period,” Mr Gooch said.

“That would be enough to see us through the eight- to 10-week period when migratory birds come into the UK to overwinter,” he added.

“But we can’t house flocks without Defra’s authority because producers will lose their status as free range egg producers,” Mr Gooch explained.

Under EU egg marketing regulations birds must have access to the outside during daylight hours. UK schemes such as Freedom Food Standards and Lion Eggs are based on the EU rules.

In the meantime, Mr Gooch called on all outdoor flock keepers to be more vigilant and raise biosecurity levels.

Any suspected cases should be raised with the farm’s vet and could be tested free under the Animal and Plant Health Agency’s testing for exclusion of notifiable avian disease scheme.

“It is also important to maximise biosecurity because if the disease enters the UK it can then be spread by people from flock to flock,” he warned.

A spokesman for Defra urged farmers to be vigilant and added that the UK’s risk level remained “low but heightened” for an incursion of avian influenza.

“The outbreak in Hungary and the wild bird cases in Poland are indicative of further evidence that this virus is circulating in wild birds and therefore incursions into poultry farms can be expected,” he warned.