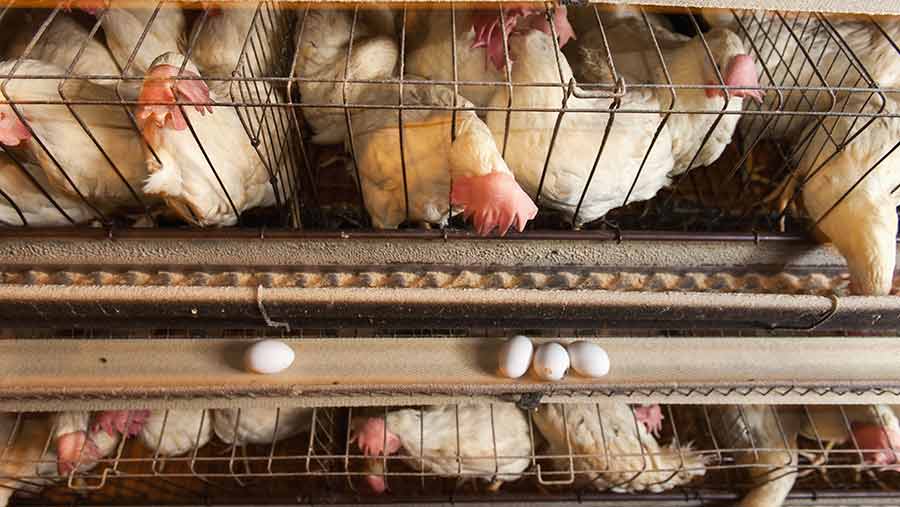 American farmers face an “impossible” task in switching at least half their egg production to cage free before a 2025 deadline set by more than 130 retailers, restaurants and food service companies.

Walmart, the country’s biggest supermarket chain, is the latest to join an ever-growing list of businesses that have bowed to pressure from NGOs to stop selling eggs from caged hens.

There are suggestions that few caged hens will remain in the States in the coming decades, to be replaced largely by barn production.

He told Poultry World his members face a bill of around $6bn (£4.2bn) to convert farms, and less than 10 years in many cases to do so.

Half the flock cage free

With Walmart’s announcement, Mr Gregory estimates around half of the country’s national flock of 300 million hens will need to be cage free to meet current commitments.

But farmers expect more retailers to make announcements in the coming weeks, which could drive this figure even higher.

There are currently just 13 million birds kept cage free in the US, mostly in barn systems.

The 2025 deadline was fixed in place when just a few retailers and restaurants had committed to going cage free. Now, with so much of the market following suite, gearing up production will be incredibly difficult, if not impossible, according to Mr Gregory.

He also questioned where the investment required would come from.

End of US cages

American businesses have largely followed McDonald’s, which bowed to pressure from NGO the Humane Society of the United States (HSUS) in September last year. Companies have since followed suit to keep up with competition or because of sustained lobbying.

Walmart’s announcement marked the end of the caged egg industry in the US, according to HSUS president Wayne Pacelle.

“Since September, when McDonald’s announced its cage-free policy, we knew that we had turned the corner in the fight against battery cages.

“But today, that debate ends, and the trajectory of this debate is clear. The era of confining hens in cages in America’s food system is officially sunsetting.”

Europe banned the use of battery cages in 2012, and birds kept indoors are either reared in open barns or enriched colony farms.