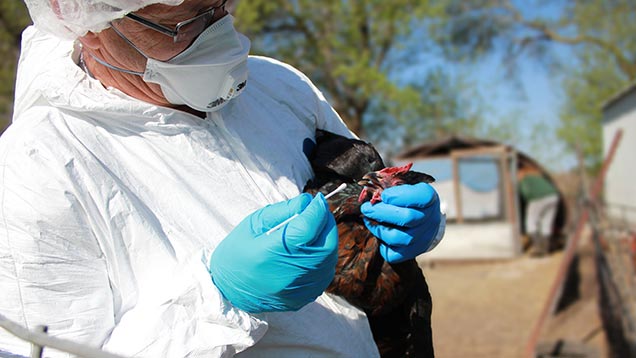 The US government has decided not to vaccinate poultry against high-pathogenic avian influenza (HPAI), citing a lack of effectiveness and potential loss of export markets as the main reasons.

Latest figures from the US Department of Agriculture show there have been 217 cases of HPAI leading to the death of 46.7 million birds since the disease first appeared last December.

The USDA has assessed the situation and concluded that current vaccines “are not well matched and do not meet a suitable level of efficacy”. “The vaccine currently available offers just 60% effectiveness in chickens, leaving four in 10 birds unprotected,” said a statement.

The authorities are also concerned that the use of a vaccine could lead to more countries closing their borders to US poultry exports.

“During this outbreak, the USDA has preserved open markets to countries that account for approximately 84% of the value of US poultry and poultry products, including eggs,” said the statement.

“However, some significant trading partners have indicated that, if we began vaccinating, they would ban all US exports until they could complete a risk assessment.

“The loss of these markets could potentially cost US poultry producers billions in lost export sales that would need to be diverted to other export and domestic markets, with no clear timeline for reopening closed markets.”

The USDA has promised to re-evaluate its vaccination decision as more effective vaccines are developed.

“If used, vaccines will be targeted in the states and poultry sectors where they can be most effective,” said the statement. “Areas where quarantine, depopulation and enhanced biosecurity cannot stop the spread of HPAI would be prioritised.”