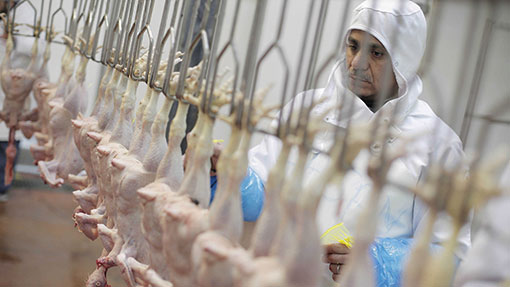 The British Veterinary Association (BVA) has launched a petition calling for a ban on the religious slaughter of animals without stunning.

The petition is available on the government’s e-petition site, and is supported by the RSPCA.

If it receives more than 100,000 signatures a debate on the subject in the House of Commons is automatically triggered. The petition has hit more than 11,000 signatures in three days and remains live for 12 months.

It follows a call, made by BVA president elect John Blackwell in March, to reform religious slaughter. He said at the time: “I don’t think an outright ban is a long way off, there is enough of a view that this practice is inhumane and causes suffering at the time of death.”

The BVA argues the majority of halal meat in the UK, more than 80%, is pre-stunned. With shechita, Jewish slaughter, it says animals are killed without stunning and their hindquarters can enter the market unlabelled.

David Cameron has made it clear that while he is prime minister he would support both halal and kosher slaughter.

David Bowles, head of public affairs at the RSPCA said: “We recognise that religious belief and practices should be respected but we also believe that animals should be slaughtered in the most humane way possible.