Huvepharma is a global pharmaceutical company that focuses on developing and manufacturing animal and human health products.

It recently hosted a symposium for poultry vets in Lisbon, at which emerging disease trends, the harmonisation of antimicrobial resistance and recent trends in prescriptions were covered. Poultry World provides an overview. 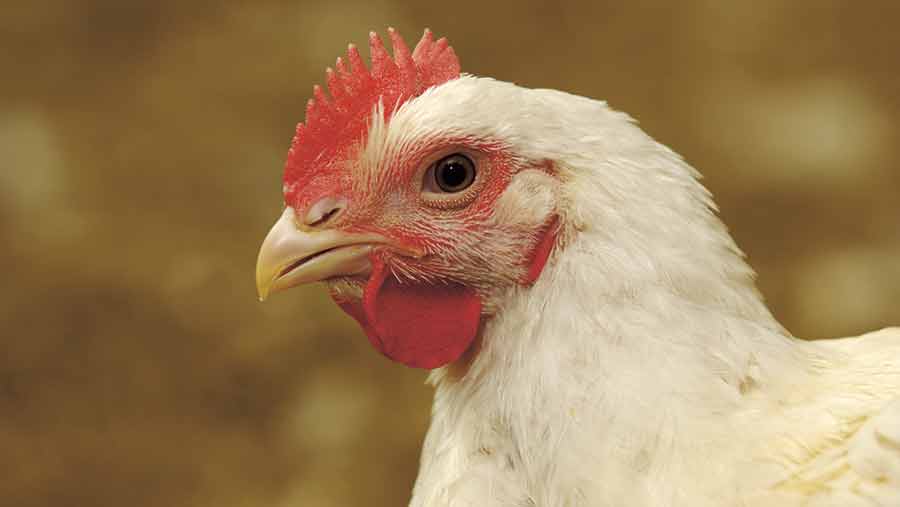 A lack of harmonisation on testing methods for antimicrobial resistance for animals and humans needs to be rectified, according to Peter Silley, of Bradford University.

Prof Silley said the European Food Safety Agency defined resistance by epidemiological cut-off values, while human pathogens were defined by clinical breakpoints and there were differing breakpoints used across Europe.

This meant it was extremely difficult to compare resistance in animals and humans and international governments were very reluctant to harmonise the systems and have the same methodologies.

Prof Silley, managing director of MB Consult Ltd and professor in applied microbiology at the University of Bradford, said the need for standardisation was understood as long ago as 1971 by the World Health Organization, which published the AST “gold standard”.

Yet, when comparing details of the AST procedures recommended for different organisms, variations are identified with regard to supplements, incubation times and conditions and inoculum sizes. And there are different breakpoints listed in respective AST documents.

Prof Silley said there were three pillars of susceptibility testing – quality control, testing methods (determining a minimum inhibitory concentration (MIC) by broth or the agar method or agar disc diffusion and interpretative criteria, such as understanding the host, pathogen and the drug specification. Without interpretive criteria MICs are of limited value.

He added that susceptibility testing was reproducible but not without quality control (QC) and one of the issues was that we do not have available a full set of strains with adequate/optimal zone sizes or end points for commonly used antimicrobials.

Some of the issues around preliminary QC testing included establishing the variables of importance, media, pH, incubation atmosphere and drug solubility.

Actual QC testing must follow the Clinical and Laboratory Standards Institute (CLSI) criteria and should be designed to provide data to establish expected ranges.

Susceptibility testing was important because it determined how bacteria causing an infection may respond to an antimicrobial agent in vivo, using the agreed interpretive criteria. It could also monitor changes in resistance patterns in relation to time and location.

Commenting on laboratory reporting, Prof Silley said selection of the most appropriate antimicrobial was best made by each veterinary laboratory in collaboration with the pharmacy and vet.

It is the responsibility of the laboratory client to ensure that compounds are used appropriately for host categories for each animal in accordance with the approved indicators.

Other considerations in choosing antibiotics included label indicators (pathogens, dose, duration, route and withdrawal period), cost, clinical experience, compliance of administration of the drug and its responsible use.

Prof Silley said everyone accepted that antimicrobial resistance was a significant issue but approvals could be granted without a clinical breakpoint having to be set, which meant that we had no measure of what is resistant.

In conclusion, he argued: “Clinical breakpoints should be set for all novel antimicrobial drugs so that clinical resistance can be monitored.

“Resistance surveillance programmes, based on an agreed criteria, need to be implemented to target pathogens, jointly by authorities and industry.”

Many of the emerging bacterial and protozoal pathogens facing vets and farmers are re-emerging diseases, according to Netherlands-based researcher Mieke Matthijs.

Speaking at the Huvepharma symposium in Lisbon, Prof Matthijs said this was due to issues such as the disproportional growth of the poultry industry in some nations – for example, in Brazil there were 11m broiler based around a small town.

Changes to migratory patterns of birds due to climate change had led to more avian influenza cases, and she cited the Dutch bird flu outbreaks in 2003 and 2005.

Prof Matthijs, of the University of Utrecht, Holland, outlined the key systemic bacterial diseases facing the industry – Streptococcus, Enterococcus, Pasteurella, Gallibacterium anatis, Mycoplasma, E coli and Salmonella gallinarum – as well as the non-system diseases such as Clostrium perfringens and Brachyspirae.

She highlighted the economic impact of flocks with M gallisepticum, saying that in reproduction stock and commercial layers they caused production loss of between 5%-20%, an increase in embryo mortality of between five and 10% and further costs due to antibiotic treatment.

In broilers, the disease led to reduced growth of between 20-30%, a 10-20% lower feed efficiency and five to 10% increased mortality rate and increased condemnation of carcasses of 10-20%.

Clinical signs in birds included sneezing and tracheal rales, swelling of infraorbital sinuses and nasal discharge, mild conjunctivitis and its severity was linked to interactions with other pathogens and environmental factors.

She also spoke about the current protozoal diseases – Histomonas and Tetratrichomonas. Commenting on the prevalent Hisomonas meleagridis, she said birds showed clinical signs of ruffled feathers, drooping wings, apathy and had sulphur-coloured diarrhoea. In turkeys, the disease could destroy the whole flock while in chicken flocks there was a variety of symptoms among birds.

Post-mortem studies found birds with the disease had a range of liver lesions, a thickening of the cecal wall and fibrinous masses in the lumen caeca.

One of the serious issues facing vets treating this disease is the current lack of products available on the market. In the 1950’s, nitrofurans and nitroimidazoles were available but decades later the drugs were withdrawn in the EU and the US has now withdrawn nitarsone.

“For commercially kept poultry, there is now no effective cure available,” she warned.

Vets have been looking at products that may be able to help control Histomonosis. Paramomycin is a good prophylactic drug but has no curative impact in infected birds.

Plant derived compounds have no effect and vaccination may protect turkeys from death but no vaccine is yet available and production is difficult.

Treatment options for emerging bacterial and protozoal pathogens in the light of regulatory restrictions and limited product availability were put forward to delegates by Huvepharma’s Monita Vereecken.

Pharmacokinetics and Pharmacodynamics could be an aid for product choice, she said, before highlighting the in vitro and in vivo testing regimes on a range of diseases.

Among the minimum inhibitory concentrations of findings of in vitro tests on 35 Ornithobacterium rhinotracheale strains from clinical cases isolated in Germany, France and Belgium in 2009-10 were that the disease had not acquired resistance to Vetmulin (tiamulin) but that there were some German strains sensitive  to Tilmovet (tilmicosin).

Prof Vereecken said Huvepharma was shortly bringing new coccidiosis vaccines on to the market as part of its vaccine range. It had a unique concept in that two vaccines contained different strain. It had already been registered in the Netherlands and was awaiting European registrations.

Commenting on the ongoing battle to treat Histomonas meleagridis, she highlighted results of using Paromomycin to treat the disease. Challenge studies in turkeys found that Paromomycin reduced mortality and lesions when applied at an early stage of infection.

A case report of a European breeder flock of 7,000 birds – at first diagnosed as having E coli – found that a dosage and treatment regime of 25mg/kg bodyweight as Parofor 70mg/g during 10 days decreased mortality rate and normalised egg production.

Treatment repeated in other breeder flocks using a 12.5mg dosage of paromomycin sulphate/kg BW also normalised mortality and egg production and is recommended.