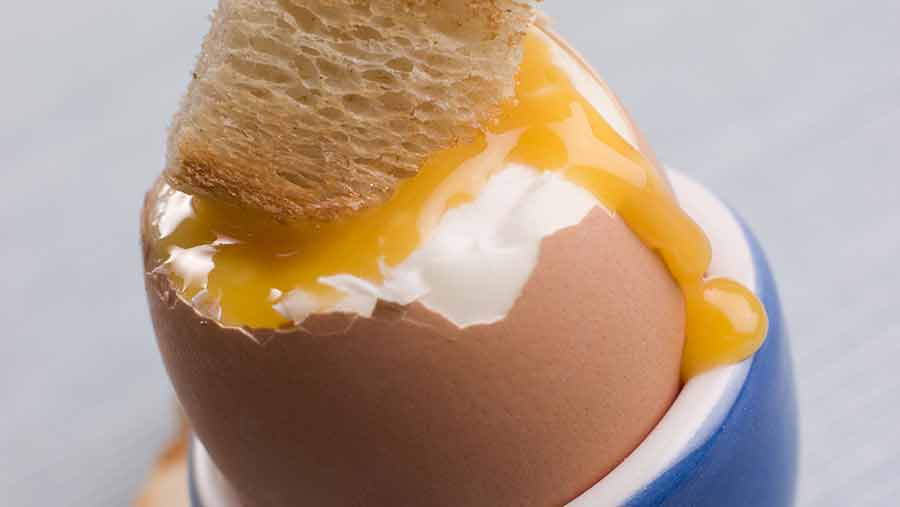 The Food Standards Agency (FSA) has launched a public consultation on a recent report that said runny eggs from assured UK farms were now safe for all to eat.

Government scientists last month said serving lightly-cooked or runny eggs to “vulnerable” groups, such as pensioners or pregnant women, should be amended, as the salmonella risk had been “effectively eliminated”.

The recommendations applied only to eggs from the UK produced under the British Lion scheme – or one “demonstrably equivalent”.

Official advice since 1988 has said vulnerable groups should only eat well-cooked eggs.

Now, the FSA is seeking public opinions on the conclusions of the report, which can be viewed in full here, to be submitted before 1 May. It will use the consultation, as well as the findings of the report, to decide whether to formally change its advice.

Professor John Coia, chair of the expert group on eggs, said: “The committee has acknowledged that there has been a reduction in the risk from salmonella in UK eggs since 2001. This is especially the case for eggs produced under the Lion Code, or equivalent, schemes.”

More information can be found about the risk from shell eggs is available from the Food Standards Agency.