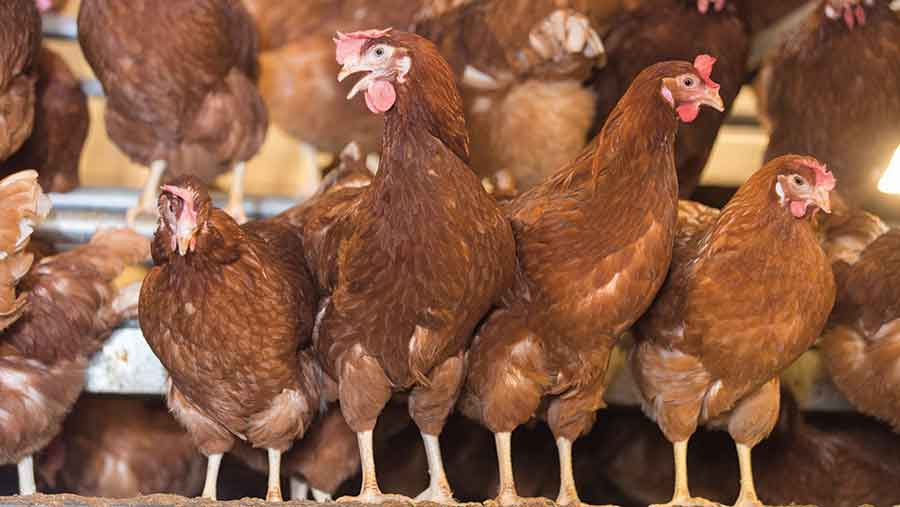 A senior civil servant within the European Commission has said there is more work to be done in ensuring animal welfare is considered when negotiating trade deals.

Michael Scannell, a director of DG Sante, the European department responsible for health and food safety, acknowledged that rules applied to third country imports “fall far short” of the standards required within the European Union.

He was speaking at the International Poultry Conference, held before this year’s Eurotier formally opened in Hanover, Germany.

Dr Scannell highlighted that egg products in particular could come from systems outlawed within Europe.

“We do import very large quantities of egg powder, used in confectionary, cake and biscuit industry.

“The countries concerned do not, and are not required to meet our conditions in relations of sizes of egg laying cages,” he said.

Under World Trade Organisation rules, trade restrictions can only be placed on imports if a country can claim “serious moral concerns”, according to Professor Harald von Witzke, of Humboldt University, Berlin.

Standards of livestock production do not meet this criteria, meaning that the EU can only impose restrictions on slaughter conditions and, to a lesser extent, transport.

Prof von Witzke said that countries with higher welfare requirements tended to export production elsewhere – for example, net import of eggs tripled in Germany between 1993 and 2015.

“Imports are coming from India, Albania and Ukraine,” he added. “I will leave it to your imagination under which conditions eggs are produced in those parts of the world.”

Dr Scannell said the EU had, despite challenges, been trying to give welfare a higher priority with international trade, but conceded it was an “uphill task”.

“We in Europe are progressive in this we’re not imposing our will we’re trying to persuade our partners to give a higher priority to welfare.

“All we ask is that our competitive position is not undermined by countries which do not respect similar standards.”

Although international standards of welfare would help address the issue, he felt consumers and retailers would demand higher-welfare produce before regulation did.

“We think that’s the direction that consumers are going.

“The better importers are increasingly insisting that egg powder can only come from hens that have not been kept in cages.”

Countries blocking imports from regions in which avian influenza had been detected in wild birds were violating international standards on disease control, the conference was told.

Alex Thiermann, of the World Organisation for Animal Health, condemned countries that were not allowing European exports from regions that had detected AI in wild bird populations.

“The standard on avian influenza is extremely complex when compared with other diseases because it makes a difference between the presence of the disease in wildlife, versus domestic,” he said.

“We need to encourage the honest reporting of disease in wildlife, because it gives the opportunity for the domestic industry to raise the bar on biosecurity.

“It is completely unjustified and against the international standard when a country takes a measure on restricting trade from one that has reported the disease in wildlife.”