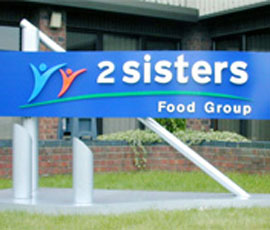 An ex-Vion processing site in Llangefni, Anglesey, is to double its workforce by introducing new shift patterns, creating up to 300 new jobs on the island.

The announcement follows a number of recent developments at ex-Vion plants.

Last week, reports emerged that staff at 2 Sisters sites in the West Midlands had rejected similar proposals to alter shift patterns, and a leaked document from the company suggested two of four sites in the region could be closed down as a result of this.

Separately, it also emerged that the Scottish government had offered financial assistance to the group, to help maintain production and employment at three plants in Scotland acquired as part of the Vion deal.

The new shifts at the Llangefni site follow a 45-day consultation with trade union Unite, which welcomed the announcement, adding that workers made redundant from Welsh Country Foods – a closed ex-Vion abattoir on Anglesey – would be looked upon favourably if applying for the new roles.

But Unite’s regional officer for the north west, Paddy McNaught, said that the union was concerned that the new staff would not be employed with the same terms and conditions as those already at the Llangefni site. “Whilst we welcome the employment, we don’t want a two-tier work force,” he said.

A spokesperson for 2 Sisters stressed that the Vion businesses were still loss making, and added that it remained cautious. In a statement, the firm said: “In order to meet customer requirements and protect the site’s long-term future, the company has decided to introduce a permanent back shift to run in conjunction with current shift patterns.

“This will secure more than 300 additional jobs at the site. Whilst this is good news, this is the first stage in the turnaround plan for the Vion businesses.

It added that the new jobs would be listed at local job centres.