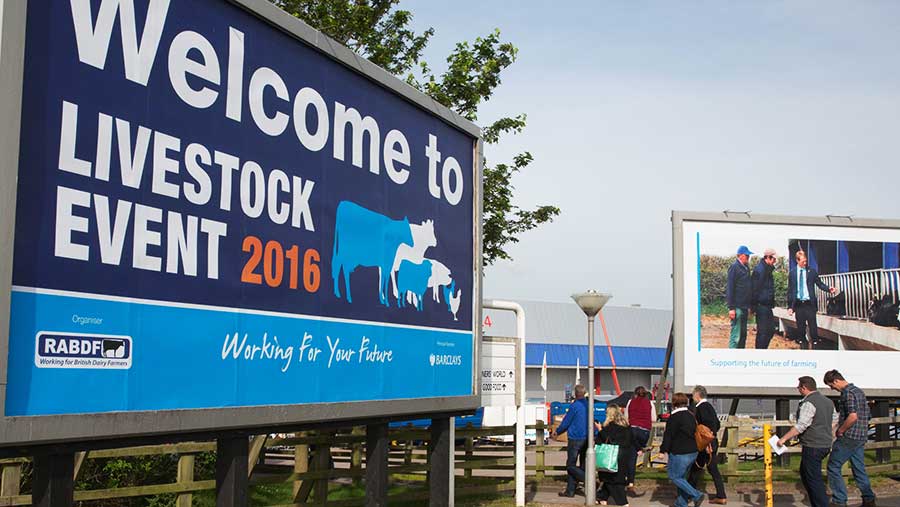 The Royal Association of British Dairy Farmers (RABDF) has abandoned plans for a national dairy event following a decision to refocus the organisation’s activities.

The proposed dairy event was scheduled to take place this September, replacing the association’s Livestock Event, which has been held annually during July.

Like its predecessor, the national dairy event was to be held at the Birmingham NEC, but has now been abandoned.

Instead, the association has unveiled plans for a one-day Dairy-Tech event, which will be held on 7 February 2018 at Stoneleigh Park, Warwickshire.

Major reforms including the new event were announced by association leaders at a media briefing at the Farmers’ Club in London on Monday (6 March).

It follows a decision to narrow the charity’s focus, including the scrapping of peripheral or duplicated activities while stepping up lobbying and influencing work.

Proposals for the national dairy event had clashed with UK Dairy Day – a dedicated annual one-day event held during September at the International Centre in Telford, Shropshire.

Exhibitors had proved reluctant to support two dairy events scheduled to be held in similar parts of the country at the same time of year.

As its name suggests, the new Dairy-Tech event in February will focus on new technology, innovation and the science and technology of dairy farming.

There will be no livestock classes.

It will mark a return to Stoneleigh Park for the association, which was the venue for the Livestock Event until it switched to the Birmingham NEC a few years ago.

RABDF chairman Mike King said the decision had been made following a long and rigorous review, which had considered winding up the association completely.

Although the charity’s future had been considered, feedback from industry and members made it clear there was still an important place for the RABDF, said Mr King.

“Since reviewing the organisation’s activities, it has become clear that RABDF hasn’t been playing to its strengths or delivering sufficient depth,” he added.

“It didn’t evolve with the times and lost sight of its specialisms.

“Our revised strategy is to focus on where we can deliver genuine and sustained value, on our own, or in collaboration with others. We won’t just raise issues – we’ll follow them through.”

The Dairy-Tech event will be supported with a new “policy conference” that will take place in October, in association with the Trehane Trust.

The reformed association will also relaunch its flagship RABDF/NMR Gold Cup competition, which is one of the country’s most respected dairy performance awards.