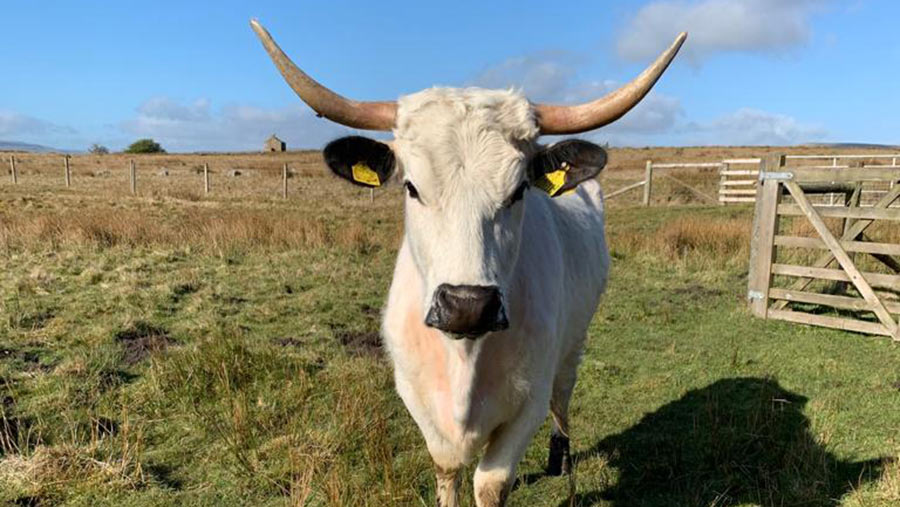 White Park cattle is back on the menu to celebrate Yorkshire Day (1 August), thanks to online butcher and meat retailer Farmison & Co joining forces with local farmer Mark Cunningham.

As part of Farmison & Co’s “eat them to save them” campaign – a project that promotes the rearing of rare and heritage breed animals, such as Red Poll, Dexter and Sussex cattle – a small batch of the special White Park beef will be made available to about 100 customers.

There will be a range of cuts, including sirloin, rib-eye, and T-bone steaks, along with silverside and topside joints.

The breed has been a part of the British landscape for more than 2,000 years, but suffered a decline that neared extinction in the 1970s.

Since then, efforts have been made to increase numbers of White Park in the UK.

Mr Cunningham’s herd has played a key part in restoring them to Yorkshire’s pastures.

His 30-strong herd of cattle and calves is reared at Potter Hill Farm, in the Howardian Hills of North Yorkshire.

“It’s been exciting to work with the Farmison team because they share our passion for saving our nation’s heritage breeds”, said Mr Cunningham.

“There’s no better day to celebrate that partnership than on Yorkshire Day itself”.

Farmison founder John Pallagi said: “It’s exciting to offer our customers a small taste of White Park, and for us both to play our part in helping to revive this wonderful breed.

“It’s amazing to see White Park cattle making a comeback in Yorkshire after centuries of decline and what better way to celebrate Yorkshire Day”.

Yorkshire Day was established in 1975, commemorating several historic anniversaries, such as the Battle of Minden and the emancipation of slaves in the British Empire, for which Yorkshire MP William Wilberforce famously campaigned.

The celebratory day now promotes the best of Yorkshire’s attractions and produce from local businesses.