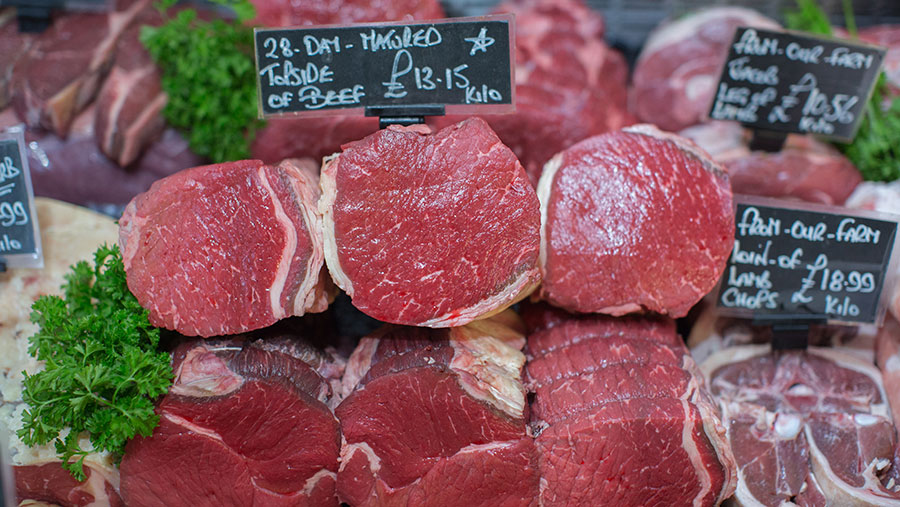 Meat and dairy suppliers must push the health benefits of eating red meat if they are to effectively counter the efforts of the vegan lobby and boost sales, new AHDB research suggests.

A survey examined how aware consumers are of health messaging, and how responsive they are to particular health claims.

It follows an upsurge in the campaigning efforts of vegan and vegetarian groups to turn people off eating meat and dairy products.

The AHDB survey found about half of consumers said they would increase their consumption of beef, lamb and dairy products if they were made aware of the health benefits.

“Positive health messages could be a good way of promoting these products and convincing people to buy into these categories,” said AHDB consumer insight manager Steven Evans.

The AHDB study comes as a month-long campaign by anti-meat groups, termed “Veganuary”, draws to a close. The initiative has been supported by a large number of animal welfare and vegetarian groups, with the aim of converting people to a vegan diet during the month of January.

The campaign has ensured considerable exposure in the national media, including the Victoria Derbyshire programme on Monday (29 January), in which farmers revealed they had been subjected to death threats by increasingly militant vegan activists.

The Veganuary website includes many claims about the way animals are supposedly mistreated on farms.

It also majors on claimed health issues with eating meat and dairy, such as exposure to antibiotic residues and food-borne infections, and identifies ways in which a vegan diet can enhance nutrition.

What meat can offer

To counter such messages, the AHDB has recently launched a new set of guidelines to explain the nutritional benefits of including red meat in the diet.

A new online facility provides more than 70 key messages about the benefits of including beef, lamb and pork in the diet.

It sets out “how red meat can be accurately promoted to consumers, using scientifically substantiated nutrition and health claims, expressed in clear, consumer-friendly language”.

“We hope that retailers, processors and producers alike will use the guides to help shout about all the nutritional benefits beef, lamb and pork bring to a balanced diet.”

What the survey found

What are the health benefits of red meat?