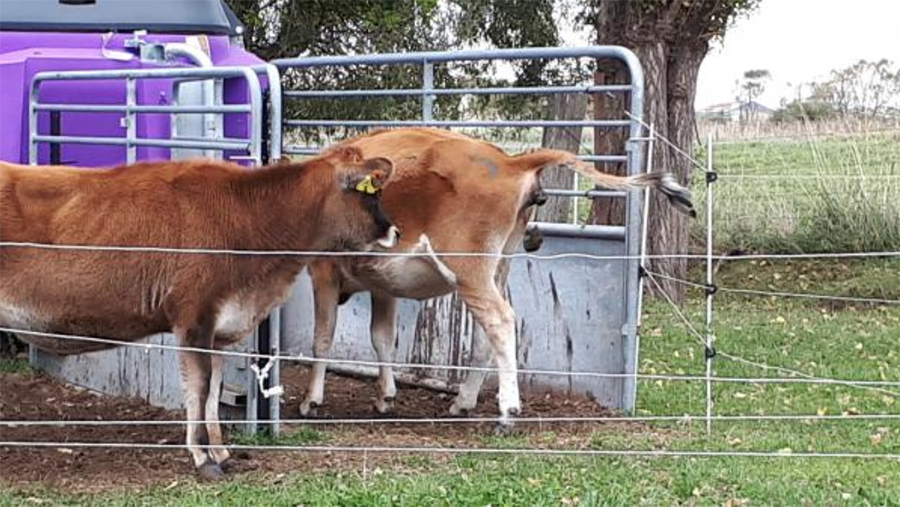 Referred to as ‘potty training’, the research has gathered momentum over the past four years and has been championed as being able to bring both animal welfare and environmental benefits.

Trials have taken place at pasture and in sheds and, if successful, could bring the following benefits:

Early trial work on housed calves was carried out at the University of British Columbia and published in 2015.

Major cowshed design changes could be possible in the future through potty training techniques, according to Dr Alison Vaughan, who worked at the university during the trials and is now science office at the Royal New Zealand Society for the Prevention of Cruelty to Animals.

Dr Vaughan discovered that a dairy calf could be trained to urinate for a reward in 15 minutes.

A pioneer in this field, Dr Vaughan told a TED Talks audience in 2017 that an average cow produces around 15l of urine and 30kg of faeces every day.

“Because of this, barns are often designed to make removing manure easier to keep cows out of manure, but some of these designs and structures can compromise cow comfort and restrict behavioural freedom,” said Dr Vaughan.

Dr Vaughan is collaborating with researchers at AgResearch in New Zealand who this year have undertaken a six-week trial on eight Jersey cattle in a grass-based system.

Data ifrom the trial has now been collected and will published later this year.

Dr Luke Cooley of AgResearch said: “If cattle can be potty-trained, we could improve hygiene in dairy sheds and give farmers greater control over effluent application on pasture.

“This would be a significant environmental benefit, reducing nitrogen loss on farms.”

How scientists are potty training cows