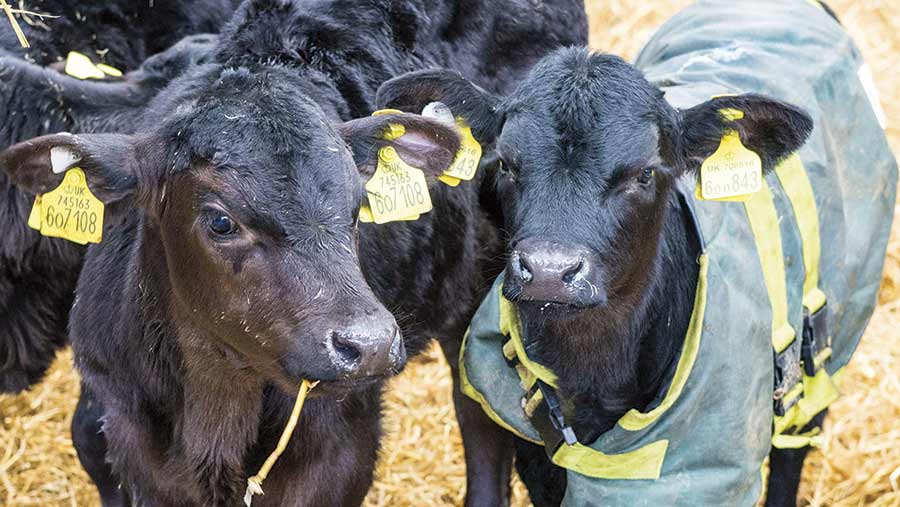 The first Rethinking Cattle Performance workshops, in association with Zoetis, Volac and ABP, focused on dairy beef calf management and took place at Jo and Steve Pile’s farm in Wiltshire, where they rear dairy beef cattle.

Read the report from the event and watch the video on housing below.

Feeding a calf up to 900g of milk replacer daily may be needed to achieve optimum daily liveweight gains of 0.9kg, a veterinary specialist in cattle health and production has said.

If milk replacer intakes are restricted, calves will seek energy from other sources and eat more concentrates, but this may limit growth as starter is a less efficient energy source. 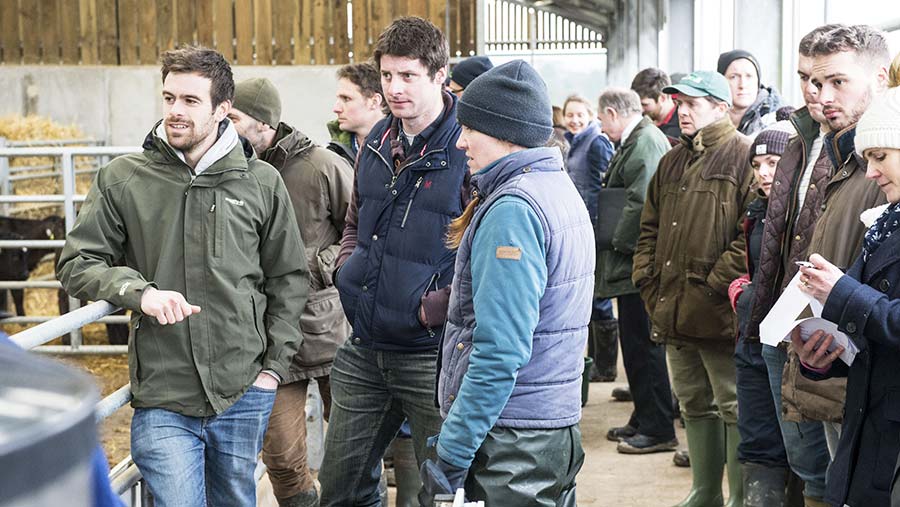 “Calves must consume one and a half times more dry matter from starter versus milk replacer to achieve the same daily liveweight gain,” Andrew Henderson, veterinary consultant with the Evidence Based Veterinary Consultancy, told farmers at the event. 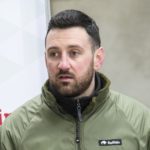 Greater intakes could be achieved by feeding 6 litres/day mixed at a concentration of 150g/litre, advises Andrew Henderson.

He recommends avoiding feeding concentrations greater than 150g/litre as the latest research suggests this may be a risk factor in the development of abomasal bloat.

“I would advocate following manufacturers’ indications regarding concentration of powder fed, though these may be lower than necessary to achieve optimal growth rates,’’ he cautions.

In very cold conditions, a calf may need more than 900g/day.

Mr Henderson says this would be best achieved by increasing the volume fed or the frequency of feeding – in the case of a twice-a-day feeding system increasing feeding to three times.

“If calves are given the option they will feed at least three times and possibly up to 12 times a day, taking small volumes at each feed.

“Calves on restrictive systems present with indicators of poor welfare such as increased vocalisation and unnatural behaviours.”

Milk intakes are important even when calves are scouring.

At Cats Hill Farm, where Jo and Steve Pile rear more than 1,400 dairy-beef calves annually for Blade Farming (part of the ABP Group), milk is not withheld from a calf when it is scouring.

The farm’s vet, Tim Potter, who is also the vet adviser to Blade Farming, said a scouring calf could need as much as 10 litres of liquid daily.

“A lack of fluid kills calves, we would never withhold milk from a scouring calf.

“They need a set volume every day and if they are losing fluid out of the back end that needs to be replaced over and above normal intakes.’’ 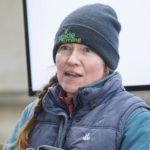 “Electrolyte therapy doesn’t have enough calories to keep the calf going. Keep the milk levels the same but always give electrolytes alongside,’’ Dr Potter recommends.

“If you are feeding twice daily add an electrolyte feed in the middle of the day and one at the end.’’

Fluid therapy is the most critical part of treatment of calf scour, whatever the cause.

“Calves are less likely to respond to other treatments if they are dehydrated,” says Dr Potter

Mrs Pile has an isolation pen for sick calves and by removing a calf from the group to treat and monitor fluid intakes, it is possible for a calf with acute pneumonia to recover in just 12 hours.

The pen has a deep, dry straw bedding with heat lamps and calf jackets used when needed.

“When an animal is sick it can get knocked around by the rest of the group, but an isolation pen provides a warm and quiet environment for the calf while giving treatments time to work,” said Mrs Pile.

“It means I can monitor them much easier and can see how much fluid they are taking in.”

Isolating a sick calf also protects the rest of the group from infection.

Disease detection is key to picking up signs of illness at an early stage, says Mrs Pile.

The health protocols at Cats Hill Farm operate to the same high standards common to the pig and poultry sector, with animals kept as distinct batches.

Any animal that isn’t performing remains with its original batch.

“An animal is not held back or moved between batches because if it was it could transmit disease through all the stock,” says Dr Potter.

That animal is managed in the isolation pen or within its original group.

Taking the temperature of a calf that appears to be off-colour is a standard practice.

“Taking the temperature of animals that you are a bit unsure of will give a much better indication of whether you need to go in with treatment,” said Mrs Pile.

“I regularly check the calves and can pick up on when something is wrong at a very early stage and treat straight away which is having a really big impact on reducing infection and treatments.’’

She walks through the pens for a final check at 11pm and any calf that the computerised feeders flags up as having not fed is given a bottle of milk to provide overnight nutrition.

Infection is a risk in a system where there is a regular turnaround of calves so there are strict health protocols in place across the system to minimise disease risk.

When the calves arrive as two week old, they are given vaccines for pneumonia and ringworm.

Efficacy of vaccines is improved if stress factors are limited.

“We group together jobs likes debudding, castration, weighing and treatments to keep stress levels to a minimum, we do everything as quickly and quietly as we can,” says Mrs Pile.

Using anti-inflammatory pain relief at dehorning and castration means there are fewer complications and no growth checks. 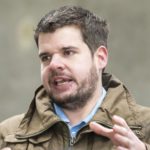 Dr Potter says in a climate where there is great pressure on the farming industry to reduce antibiotic usage, caution is needed to avoid late treatment.

“At what stage do you go in and treat? We must be careful not to take steps too far away from treatment because if disease has time to establish it can result in more antibiotics being used in the long term.”

Potential infection from drinking water is reduced by having individual drinking bowls which are emptied and cleaned daily.

Although the ideal is to have a drain under water bowls, Mrs Pile says a bucket placed under the bowl to catch the dirty water at cleaning prevents moisture build up.

“Water needs to be fresh and clean, you can’t expect calves to drink it if it is stale and dirty,” says Mr Henderson.

Calves need 4-4.5 litres of clean water for every kg of concentrate intake, over and above the liquid in calf milk replacer intakes.

Calf health and performance can be improved by correcting weaknesses in existing housing. 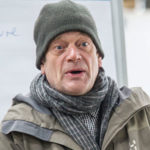 He explains that the environment in livestock sheds is controlled by three separate factors – fresh air, moisture and air speed.

“Poorly ventilated buildings are very expensive buildings to run. Either the stocking density must be low or the bedding costs will be high,’’ says Dr Roberston, an honorary research fellow at the University of Aberdeen.

Bugs thrive in moisture and areas of damp, leading to animal health problems including pneumonia and scours.

To assess a shed’s ventilation status, Dr Robertson recommends activating a smoke bomb, which can be purchased from a plumbers’ merchant. This will give a good visually indication of air movement in a shed.

Watch the video to see more from Dr Robertson on the issues affecting housing and environment.

Tips for buying in calves