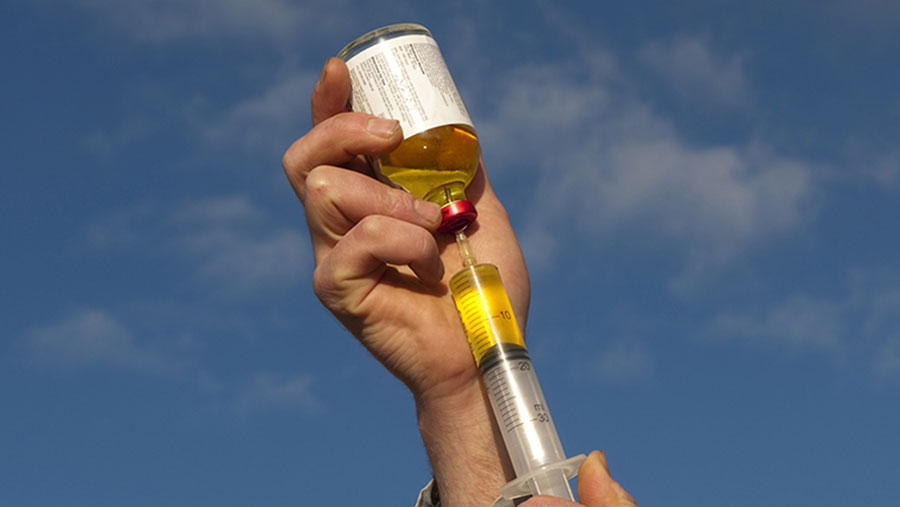 There are challenges and opportunities for the reduction of antibiotics use on farm, a review of several studies has found.

Academics analysed the findings of 48 peer-reviewed journals between 2000 and 2016 to investigate what is understood about the use of antimicrobials in animals reared for food production.

The papers were mainly from production systems in Europe and the US.

The review outlined 11 key barriers to reducing antimicrobials in farming. These are:

“Some of these decisions are based around mindset and an ability to think outside the box and change routines and practices would be helpful,” she told Farmers Weekly. “Better diagnostics, biosecurity and innovation generally can help here.”

Investing in farm buildings represented a major cost and a long-term change and a complete system overhaul, explained Dr Reyher.

“Systems in place for many years can be difficult to change and can only be tweaked rather than overhauled to allow for substantial changes,” she said.

Adaptations might include automating temperature management with fans and windows to optimise conditions and reduce the risk of illness, slatted floors to improve hygiene, wider alleys and buildings to allow efficient automated cleaning.

Many farms struggle against the high costs of production and narrow margins which fundamentally limit spending on new health programmes, infrastructure and advice.

Dr Reyher added: “Farmers are already squeezed by the markets, making it really difficult to invest in long-term improvements.

“Methods for reducing cost of production as much as possible would free up more money that could then be reinvested.”

The REA, led by Henry Buller, University of Exeter and Dr Reyher, was designed to summarise published evidence around the agriculture industry’s views on antimicrobials use on farms.

Dr Reyher said: “The REA highlights the potential role not only of farmers and veterinarians but also of other advisers, public pressures and legislation to influence change in the use of antimicrobials in livestock and to improve the system of farming for the benefit of all animals and humanity.”

The REA has also identified a number of “positive drivers” towards reduced use of antimicrobials on farms.