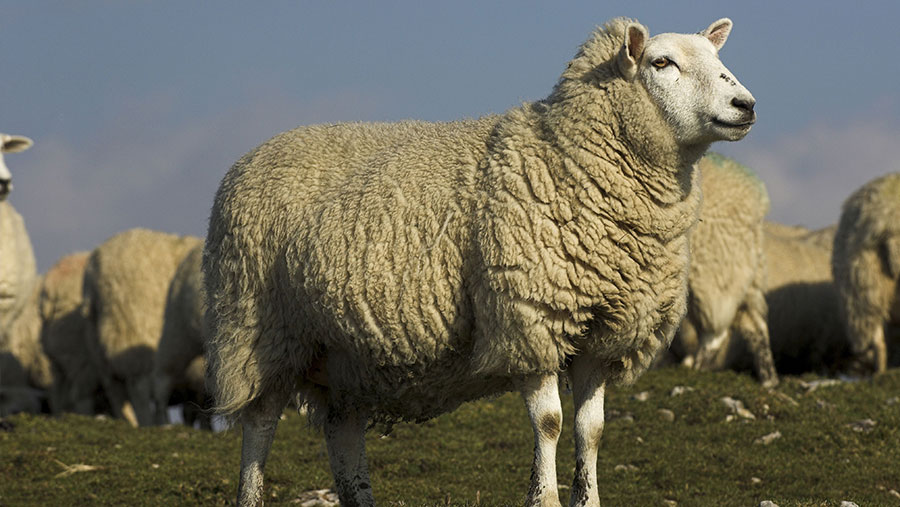 Scientists in Scotland have developed an estimated breeding value (EBV) for resistance to roundworms in Lleyn sheep.

Gastro-intestinal nematodes cost the UK sheep industry more than £85m/year in treatment, control and lost production. And the growing level of resistance to wormers is making the problem worse.

See also: Parasite Watch: What sheep worms are rife in your region?

The trait is based on the antibody immunoglobulin A (IgA) which is known to regulate roundworm development.

How it was developed

Research, funded by an AHDB Beef & Lamb grant, began in 2013 at the University of Glasgow.

The researchers showed differences in IgA levels between individual sheep could be reliably measured in saliva.

Thousands of saliva IgA and faecal egg count samples were then carried out by Performance Recorded Lleyn Breeders Group over a two-year period.

In 2015, a further AHDB grant was handed geneticists at Scotland’s Rural College (SRUC).

The SRUC analysed the raw data, investigated genetic influences on saliva IgA and converted the measurements into EBVs.

Sam Boon manager of the AHDB’s Signet Breeding Services, said: “Since 2013, 7,899 Lleyn saliva samples have been collected and uploaded to the Signet database.

“When combined with the ongoing collection of faecal egg count data, this has created a large commercial dataset on which to estimate heritability values for this new trait.”

The new Saliva IgA EBVs are expressed in units of activity. High EBVs mean an animal is genetically better at dealing with worms.

Mr Boon said: “The Lleyn breeders involved are very enthusiastic about the potential for this new technology and its application to the selection of genetically superior sheep.