However, there was no issue with European livestock delivering the goods in the show rings with Holstein, Charollais and Limousin interbreed winners.

Nearly 150 Angus cattle swelled the beef rings to mark the homecoming of the World Angus Foru, while sheep numbers (2,031) were buoyed by a Texel resurgence and a groundswell in the Zwarbles. 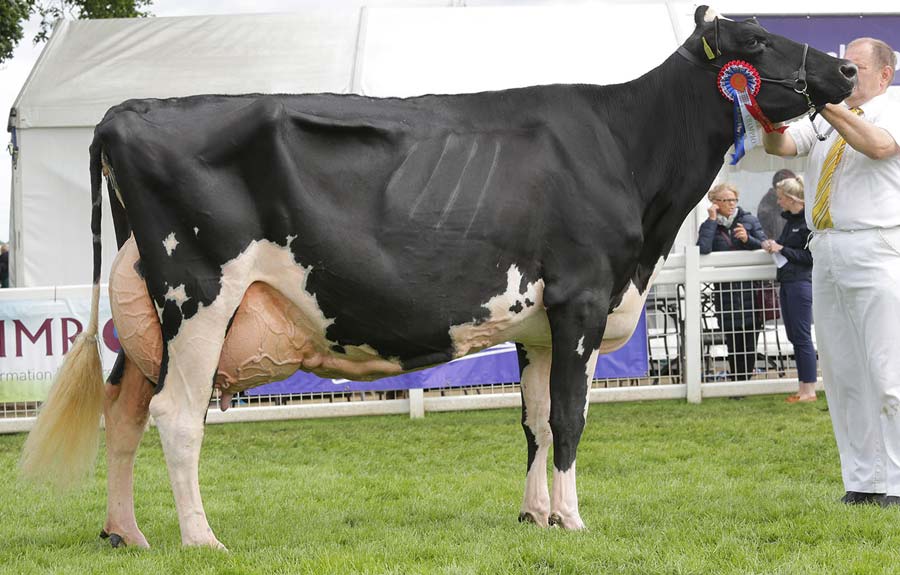 Mr Jameson praised the victor for carrying her milk well in the ring, commenting on the quality of the showing throughout the dairy lines.

She is giving 63kg/day at about 4.3% butterfat and 3.6% protein after calving on 9 April for the Butterfields, Bentham, Lancashire, where she has been since bought as a heifer-in-milk from the Lawsons at Otley.

Other recent successes include red tickets at the Yorkshire Show and UK Dairy Day at Telford last year as well as the Western Dairy Show in April. 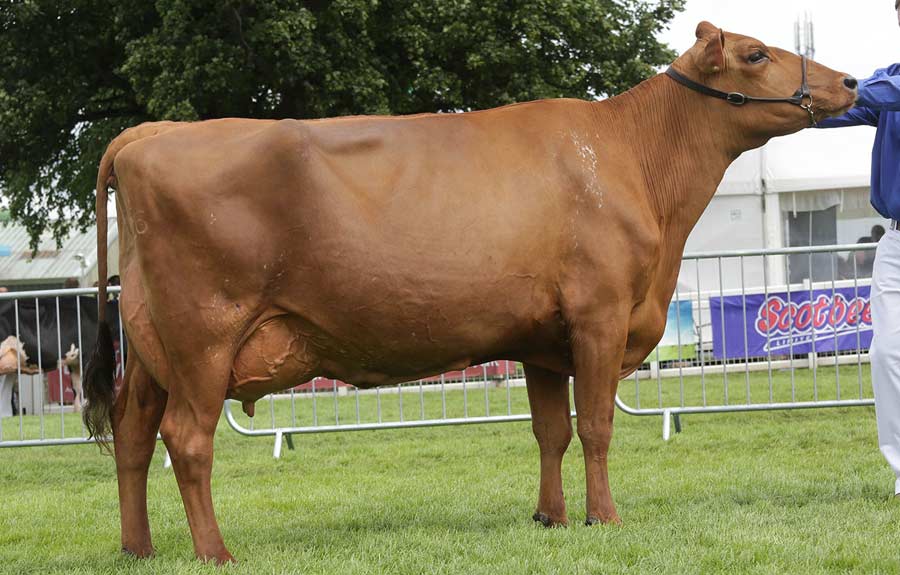 Close behind was fifth-calved Ayrshire Changue Martha 49 (EX95) with a tremendous udder and great longevity, a key trait for Mr Jameson, who organically farms 220 Holsteins at home.

The reserve cow from Mr Bryson, Mauchline, has come close to interbreed titles before at Agriscot and at Ayr Show last year, and reigned supreme at the 2016 UK Telford Dairy Expo.

She is by Stadel son Changue Stadium (PLI+£230) and out of Changue Marth 39 (VG87) (PLI+£122), herself a High Balyett Rohan daughter. She calved in early October at Whiteflat Farm and is still giving 30 litres in the herd of 180 Holsteins and 15 Ayrshires and Red and Whites. 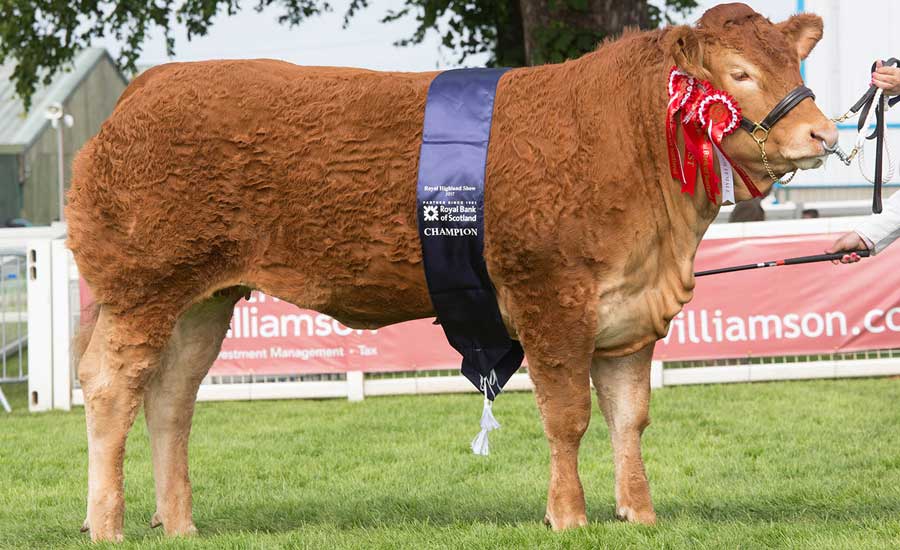 Two heifers wowed Charolais beef breeder Archie Macgregor of the Allanfauld herd, Kilsyth, in the beef ring, which comprised genetics from as far flung as Caithness to Kent.

Mr Macgregor could not look past a maiden Limousin heifer from the Foxhillfarm herd, who reigned supreme champion on the day and kicked off her showing career in style.

Foxhillfarm Mamamia took the championship title for the Alford family, Cullompton, Devon. Shown by Melanie Alford, Mamamia is out of Glenrock Illusion and by curve bender bull Foxhillfarm Irish Lad, which boasts exceptional calving credentials and strong 200- and 400-day growth.

Next up for the home-bred 17-month-old heifer is the Great Yorkshire and then the Royal Welsh. 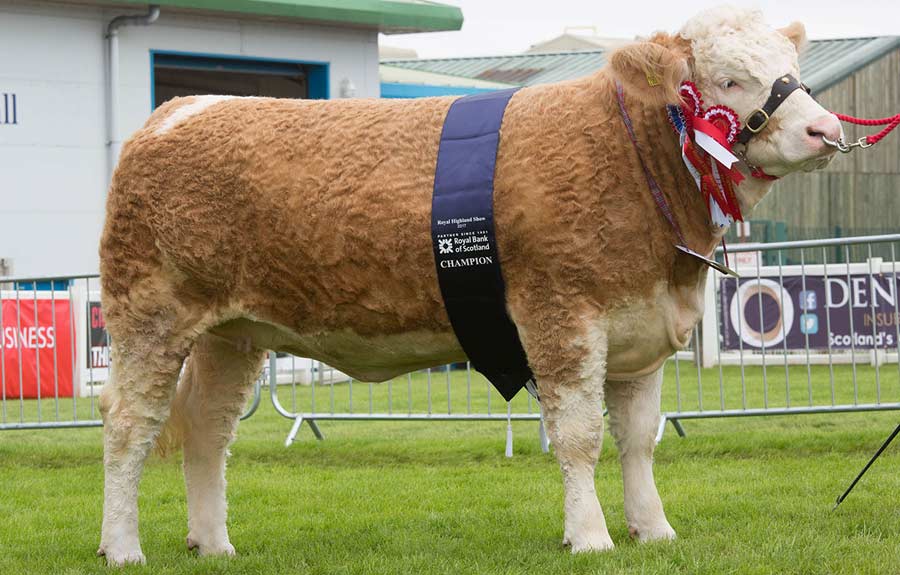 She is out of a home-bred dam Annick Helen’s Tara, which placed second at the Highland three years in a row, and by Sowenna Aristocrat. Previous successes have been local at Stewarton and Neilstone Shows.

Mr Sanderson told the packed ringside he demanded commercial characteristics, which the Champion Charollais provided, along with great length and thickness while being “very difficult to fault”.

Shown by Bruce Ingram, the home-bred ewe is out of a Southam flock female bought for 1,800gns at the dispersal of Lionel and Jenny Organ, Llandysul, and delighted the Ingrams with her first breed championship earlier in the show after being shown throughout 2016.

In reserve was a traditional-type Bluefaced Leicester two-shear tup from Alan McCymont and the team at Kirkstead, Yarrow, near Selkirk, where he runs a Scottish Blackface flock along a traditional Leicester breeding interest.

It was the tup’s first outing, with the McClymonts eyeing Peebles among the local shows to take the impressive sire to next.