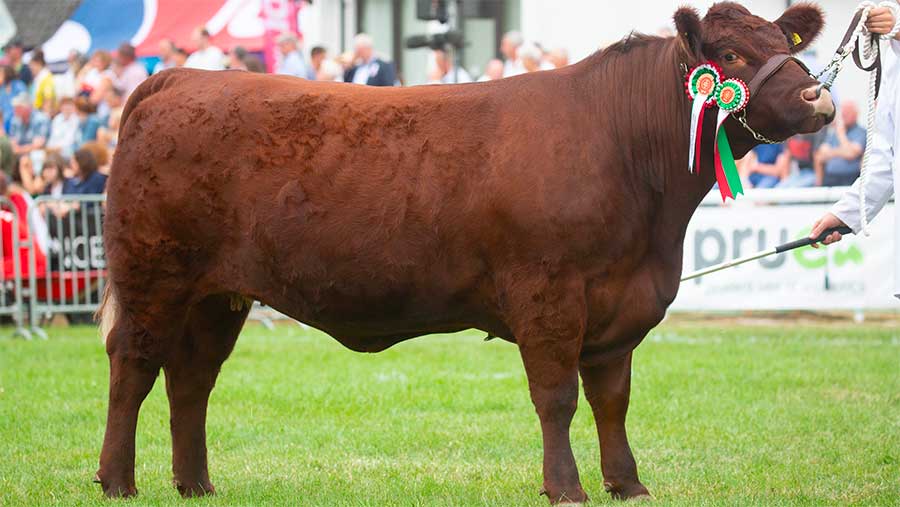 Winning the beef supreme championship for the first time at the Royal Welsh Show yesterday afternoon (23 July) was the Lincoln Red breed.

Taking the coveted silverware back to Spilsby in Lincolnshire was Edward Middleton and his February 2016-born heifer Donington Jessie V12. It was only the second year Lincoln Reds have been exhibited at the show.

Sired by Foulness Leroy and out of Donington Jessie S3, she was bought privately from breeder JG Parkinson, near Louth.

See also: Slurry storage and Brexit to be hot topics at Royal Welsh

The win rounds off a fantastic summer showing season for Jessie, which was awarded breed championships at Rutland and Driffield Shows, as well as female champion and reserve female champion at Woodhall Spa and Newark, respectively.

Commenting on his win, Mr Middleton said he was surprised and it still hadn’t sunk in.

The Grahams family made a triumphant return to the Royal Welsh show ring after a 20-year absence, with judge Christine Williams from Shifnal, Shropshire, making it their best show yet when she tapped out their Limousin heifer, Grahams Melody.

This June 2016-born heifer is home-bred, sired by Ampertaine Elgin and out of Millbrook Gingerspice. She won breed champion and reserve interbreed at the Great Yorkshire Show earlier this month and won her class at the Highland Show. 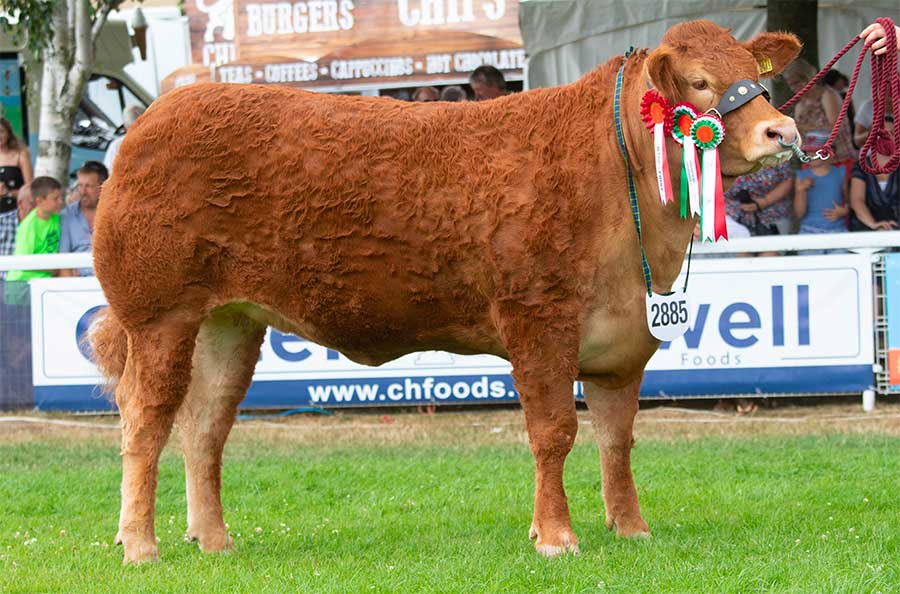 She will now return home to the family’s farm in Bridge of Allan, Stirling, where they have 40 pedigree Limousins, to rest.

Miss Williams said it was a tough call, but on the day the Lincoln Red heifer just “sparkled” the whole time she was in the ring, adding: “She had a lot of natural style about her and was constantly alert the whole time I was here.”