In the Holstein ring Davlea Holsteins, from Ilminster, Somerset, was awarded the supreme dairy silverware with their home-bred junior cow in a hotly contested line-up.

Judge Ashley Flemming from Downpatrick, Northern Ireland, said it was one of the closest call of his judging career, but on the Wednesday (25 July), he afforded the Davies family’s Davlea Bradnick Alicia the slight advantage over the Jersey in reserve for her rear udder attachment and top line.

The Bradnick daughter, who was led out by Max Davies, calved with her second in February and is giving 48 litres/day. 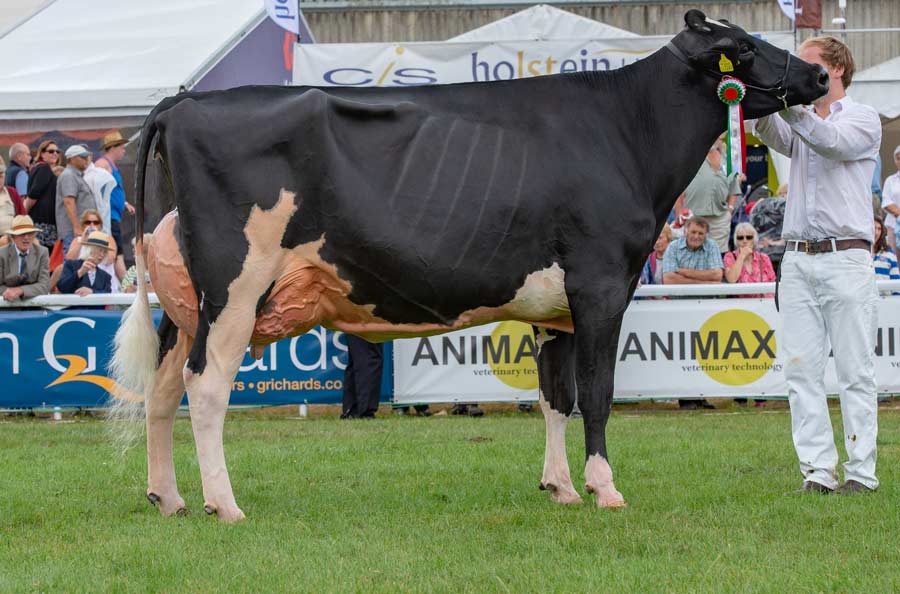 It represents her first major win this year and she follows in the footsteps of her dam, Moorshard Windbrook Alicia, who was placed reserve breed champion at last year’s Royal Welsh.

Sired by Tower Vue Prime Tequila she is out of Shellen Connection Diamond and is giving 40 litres/day, having last calved in February.